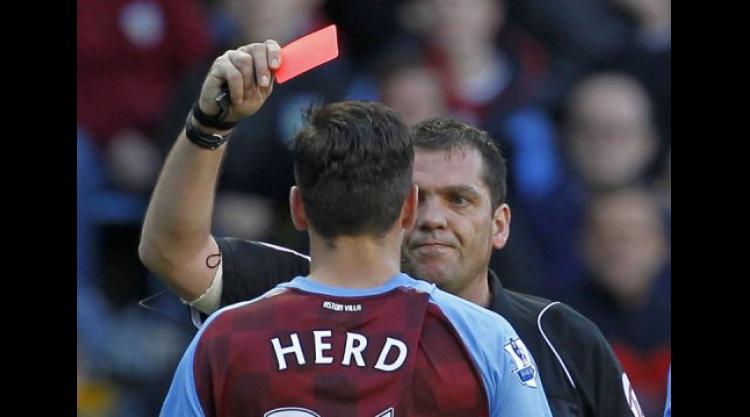 Aston Villa defender Chris Herd has won his appeal against his red card from last weekend's clash with West Brom, the Football Association confirmed in a statement on Tuesday.

Herd was given his marching orders by referee Phil Dowd for an alleged stamp on Jonas Olsson during Villa's 2-1 defeat to the Baggies on Saturday.

However Villa appealed the decision -- which would have led to Herd being banned for three matches after studying video footage of the innocuous-looking incident.

"It's a poor decision on the day by the official. These things are not deliberate, he's made an honest mistake, it's just a shame I think that he's guessed the decision rather than saw anything."