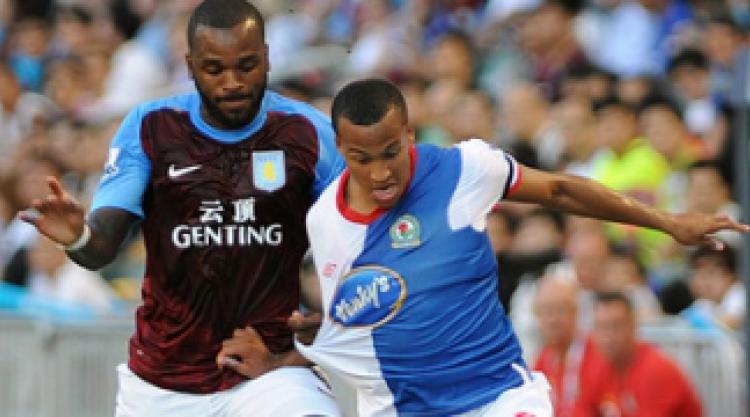 In an even first half, Blackburn were first to threaten after nine minutes when Mauro Formica's drive was parried firmly away by Villa's new signing Shay Given.

Nine minutes later, David Dunn linked up with the same player but his 25-yard drive was too high.

Bent then directed a header from Gabriel Agbonlahor's cross over the bar at the other end before Bannan's wicked inswinging cross from the right was eventually scrambled away by a panicked Rovers defence.

Stiliyan Petrov's neat touch saw the Bulgarian race clear in the 25th minute but he fired straight at Paul Robinson, the last good chance of the opening period as the sides went in level.

Villa then broke the deadlock three minutes after the break when Bent escaped the attentions of the Rovers defence and applied a deft touch to Bannan's cross that found the far corner past the diving Robinson.

Rovers came close to an equaliser shortly afterwards when Christopher Samba's storming run ended with a lay-off to Brett Emerton, but Given tipped the Australian's curling effort wide at full stretch.

Villa could have added a second with four minutes to go when Marc Albrighton pounced on a loose ball and drove towards goal but Robinson did brilliantly to turn his fierce effort around the near post.