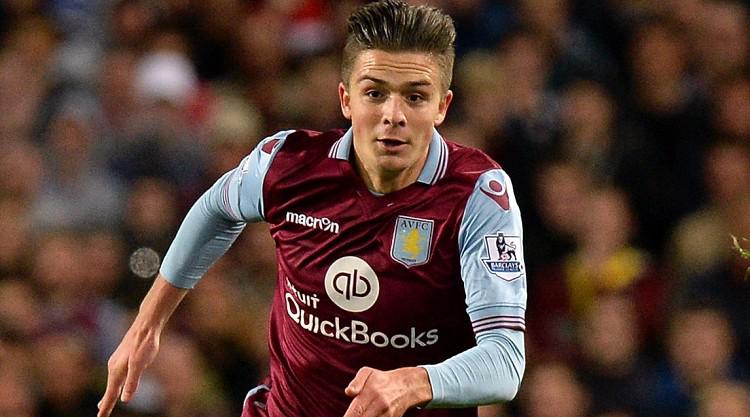 Joe Cole believes Jack Grealish is the man to help save Tim Sherwood at Aston Villa.

The former England international revealed boss Sherwood wants to build his team around the 20-year-old as they battle for survival.

Villa are second bottom in the Barclays Premier League and four points from safety with Sherwood under increasing pressure at Villa Park.

Grealish has broken into the first team under Sherwood and Cole, who joined Sky Bet League One side Coventry on loan last week, reckons the midfielder can handle their relegation fight and aid the manager.

"West Ham were constantly in a relegation battle when I was coming through," said the 33-year-old, who is preparing to make his Sky Blues debut at Rochdale on Tuesday.

"It's sink or swim. The gaffer loves him. He wants to give him that time to build the team around him.

"Jack is a good lad and now he is getting into that stage where he has gone beyond potential and is an important cog in the wheel at Villa. That is a different stage of his career now - it becomes expectancy and is a different way of dealing with it.

"He is going to be a massive player for Villa over the future. It is important that the club build the team around him. I think they have the perfect gaffer for him."

Villa are without a league win since the opening day and have picked up just one point from their last 24 ahead of Saturday's visit of Swansea.

They lost 2-0 at Chelsea on Saturday but Cole backed Sherwood to keep them in the top flight.

He said: "The manager has a lot of qualities he brings to the table and he is also getting better everyday. He is learning the trade himself. But he is definitely good enough to keep Villa up and I can see the players getting better and the manager getting better."