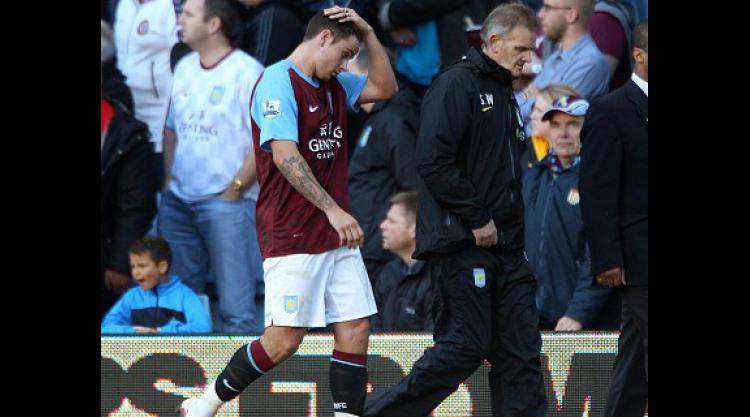 Aston Villa defender Chris Herd's claim for wrongful dismissal in the Barclays Premier League game against West Brom has been upheld, the Football Association have confirmed.

Herd was shown a red card during the game at Villa Park after an incident involving West Brom's Jonas Olsson.

A statement on the FA website read: "Aston Villa's Chris Herd has had his claim for wrongful dismissal upheld. As a result, the three-match suspension handed to him has been withdrawn. Herd had originally received a red card for violent conduct against West Bromwich Albion at Villa Park on Saturday 22 October."

Herd said: "I'm very happy with the decision and I feel vindicated because I was convinced all along I had done nothing wrong.

"My foot was being held by a West Brom player and I was just trying to free it from his grasp.

"I'm grateful and glad that the appeal committee reached the right decision."