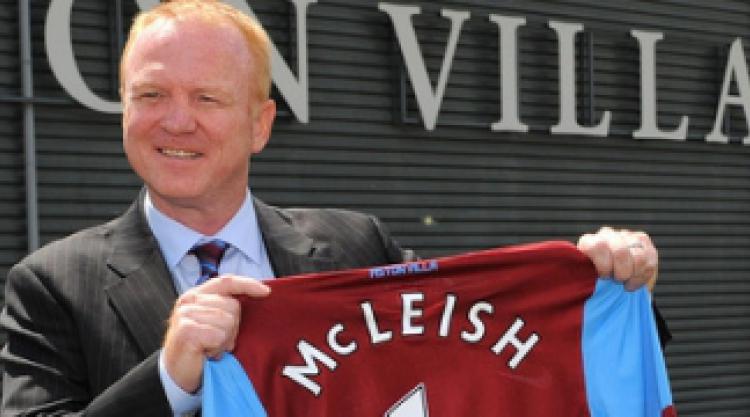 Aston Villa manager Alex McLeish says he is looking forward to making his managerial debut at Villa Park against Blackburn on Saturday.

It will be his first home match since the controversial events of the summer, when he resigned as Birmingham boss before moving to their bitter rivals.

The former Scotland boss is fully aware of the importance of the game both to himself and Villa but it is anticipation rather than nervousness that McLeish is feeling.

He said: "I am looking forward to the first game at Villa Park.

"I cannot wait to walk down the track. I am proud to be manager of Aston Villa.

"It will be a proud moment for me going down the track at what I consider one of the great stadiums in football.

"I'm not nervous. A couple of minutes before the game there will be butterflies in the stomach. But everyone gets that.

"Once you stop having that, it is time to get out of the game so I am looking forward with great anticipation to the game.

"I will just come out with the teams as I've already been introduced to the fans at Fulham and the reception was excellent.

"It was a good point for us against a high-flying Fulham team, as we saw with their tremendous result in Europe this week (they beat Dnipro 3-0)."

He added: "The staff have been fantastic and really supportive and they are all striving hard for the good of Aston Villa and I am sure that the fans will show their support.

"They will want success and I am no stranger to this situation. When I was at Rangers the expectation was to win every game.

"I know the expectations of the Villa are high and I know the Barclays Premier League is different from the Scottish league.

"We have a home game against Blackburn but every game can be very tough.

"The onus is on us to get the fans on their feet by showing some creativity and imagination from my players.

"I will be looking for the players to get more into the forward areas. I expect to see that against Blackburn.

"We will be looking for Charles N'Zogbia to produce his very best in every game and also provide a service for Darren Bent."

He said: "From what I've seen there is no sign of Marc falling off from last season.

"He has a great attitude and he is the kind of player you like to have at a club.

"He never moans about anything. He gets his head down and gets on his game."