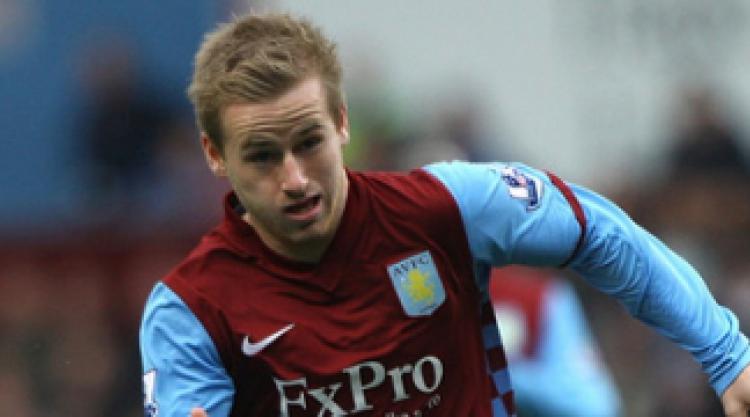 arry Bannan is desperate to fill the void left by Ashley Young and Stewart Downing at Aston Villa, where he wants to become a "main fixture".

After establishing themselves as key players at the Midlands club, both Young and Downing departed this summer for Manchester United and Liverpool respectively.

Bannan broke into the Villa first team at the beginning of last season but finished the campaign on loan at Leeds after falling out of former manager Gerard Houllier's plans.

However, after some words of encouragement from England international Young, the 21-year-old is hoping to prove his worth under new boss Alex McLeish this season.

Bannan told the Sunday People: "When I was getting frustrated and not playing, Ash sang my praises highly and just told me to keep going, because it happened to him when he was young at Watford.

"He got released and he had to go in and just train for nothing, and he was saying to me, 'I've been a lot lower than you, your time will come'.

"Ash had a knockback - and it was probably a bigger one than I had - and look where he is now.

"There were a couple of setbacks for me last season, but you'll get that in football and I'm just trying to look positively at this season. Hopefully I'll be a main fixture in the team.

"It was starting to get frustrating for me last season and that's why I went out on loan.

"It had started off really well for me, I'd had 12 starts or something, so looking back it was a good season all in all, but I would have liked to have finished it stronger than I did because I had to go on loan.

"But it's a new season so all that is put to the back of my head now and I'm just looking forward and concentrating on trying to impress."

Bannan says he took lessons from being around Young and Downing last season.

He added: "I played every day with those two last year and every day you're learning.

"Now it's a fresh start for everyone with the new gaffer. You've got chances to impress again and he's not holding any grudges.

"I'm just looking forward to trying to work my way into the team - and every chance I get I'm going to take."