Bacuna back for Villa 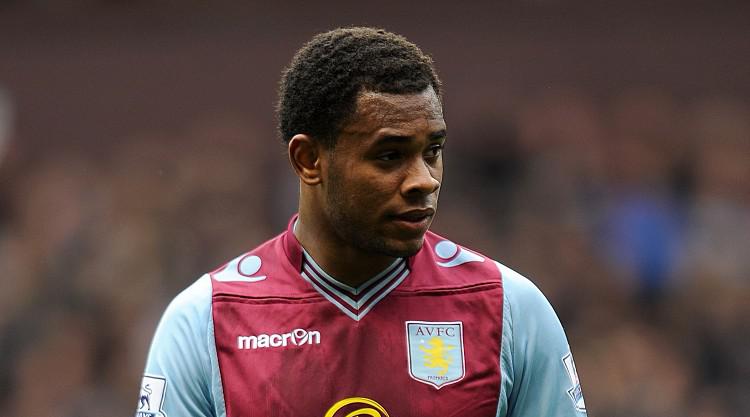 Leandro Bacuna is back in the Aston Villa squad for Saturday's home clash with Southampton.

The Dutchman, who can play at full-back or in midfield, missed the defeat to Crystal Palace with a hamstring strain but is back in contention to face the Saints.

Lambert must attempt to shut out off-field intrigue long enough to secure the one win he believes will secure Barclays Premier League safety.

Villa go into the weekend fixtures four points above the drop zone with five games to play, but their scrap for safety was shunted down the news agenda when it was announced this week that assistant manager Ian Culverhouse and head of football operations Gary Karsa had been suspended by the club.

As long-term associates of Lambert, the decision has created considerable interest and no little speculation.

But an ongoing internal investigation means Lambert cannot speak publicly on the matter.

Instead, he has attempted to focus the minds of players and public alike on the real business at hand - securing a potentially decisive win.

"Forget about the rest of it, my main focus is to prepare for the game, to go and get the lads ready as best as we can," he said.

"We'll try and get the supporters behind us, get everyone positive and try to win a game. That's my job to try and do.

"(One more win) and we'll be in touching distance (of safety). We always say to the lads to be positive no matter what, we don't talk about being negative.

"But the lads know the situation, they don't need me to tell them. They know it themselves and we'll be ready for this one."

Lambert admits his side seemed to have lifted themselves out of the relegation battle with a 1-0 win over Chelsea last month, but no points from the last 12 available has dragged them back in.

"After the Chelsea game everybody thought 'great, no problem', nobody foresaw the last four games," he said.

"After Chelsea we were sitting with feet up and all of a sudden, four games later, you've got a bit more to do to get over the line.

"It (complacency) never came from ourselves, as a group or as a team. Outside people, pundits and all that, thought Aston Villa were totally safe but I've never given that implication.

"We know that now is the time to win a game."

Artur Boruc has beaten his back injury in time for Southampton's trip.

Saints are aiming to hit back to winning form after last weekend's frustrating 1-0 home loss to Cardiff.

Well aware of the watchful gaze of England coaches Roy Hodgson and Ray Lewington, Rickie Lambert said he must set all World Cup thoughts aside in favour of fighting for form and goals with Saints.

"Most importantly, we've got four games to try and get more points for Southampton and try and push us up further in the league," said the 32-year-old target man.

"We got asked the same question a few games ago - 'we've got nothing to play for' - but then we won three out of four games, so the lads are still very hungry and very determined to do well and that's what we'll be trying to do in the remaining four games.

"I think we've had either Ray or Roy watching our games for the last 10 games I think, so we know we are getting watched and that's brilliant for them to be watching Southampton.

"I try not to focus on it, if I'm being honest. I try to play my own game, I think that's the best way to go about it.

"I think you can't think too much about it, because I think it might affect your game.

"You've just got to get on with it, try and do well for Southampton and hopefully Roy or Ray are impressed, that's it really."