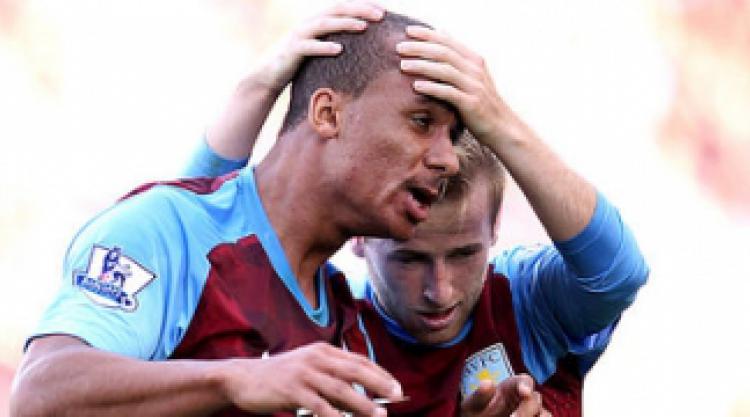 Alex McLeish revealed after Aston Villa's 2-0 win over Wigan that Gabriel Agbonlahor is in England contention but may miss out through injury.

Agbonlahor scored the opening goal and set up the second for Darren Bent in Villa's win but had to be substituted with a back problem midway through the second half.

If fit, it appears likely Agbonlahor will be named in the England squad for Friday's Euro 2012 qualifier with Montenegro.

McLeish said: "Gabby's pace was frightening. I would have hated to have played against him in that form. It would have been a hell of a challenge.

"He is showing England form and we have been told he is under consideration but he has been struggling with a back injury.

"I took him off partly because of the standing ovation he got but also because he is struggling with his back.

"I dare say the doctor will have a conversation with the England doctor on whether he has to report."

McLeish also confirmed that on-loan Tottenham defender midfielder Jermaine Jenas will be sidelined for another month with an Achilles problem.

Villa maintained their unbeaten league start and McLeish was pleased with the overall performance of his side.

He said: "At last we had big levels from our creative players. That's probably what's been missing in the past few games.

"We have had a lot of opportunities without executing the final ball and for me that has happened in a lot of games.

"We upped our game and today was very, very good.

"I think the players have been very keen to get results for my staff and myself. We have a good relationship.

"There may have been a bit of anxiety in that respect. We have had solid performances from defenders and Shay Given in goal, who have to be the most consistent players in the team, bottom line.

"If we can get the other creative players to the same level, they can cause any defender problems."

Wigan manager Roberto Martinez felt his side paid the price for giving possession away too easily for the goals from Agbonlahor and Bent.

He said: "We started the game really bright and found space well but we gave the ball away cheaply a couple of times and we got heavily punished for the goals.

"Goals change the dynamics of the game and it is a real shame because when you go away from home and get 10 corners, it is a real attacking intent.

"We had enough chances with a little bit more composure could have got the goal we needed. But overall we are disappointed in ourselves."

Martinez felt the Latics were denied a clear penalty after a challenge by Villa defender Alan Hutton on Franco Di Santo in the second half.

He said: "Franco in that position doesn't need to go down because he was ready to pull the trigger. It was a penalty. Hutton makes contact."