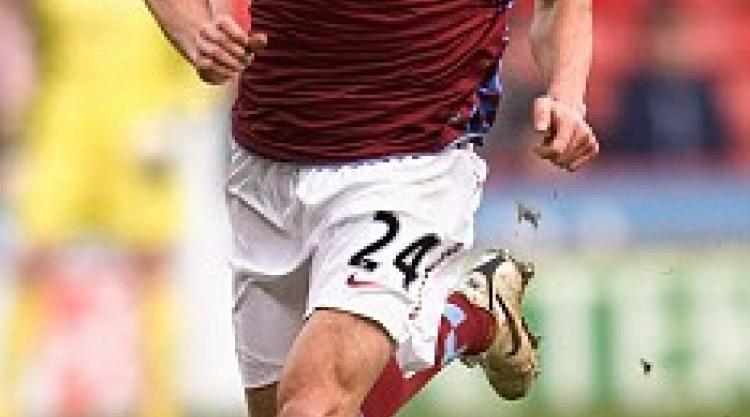 On the way back: Carlos Cuellar

Aston Villa defender Carlos Cuellar is poised to return to full training after missing the start of the season through injury.

Cuellar underwent knee surgery at the tail-end of the last campaign and then a recent calf problem hampered his hopes of a return to action.

But the Spaniard, who last tasted first team football in April against Newcastle, is set to start training next week.

Cuellar, 30, said: 'I'm really close to being back. If the progress continues to go as well as it is going, I'll be back with the group (training) next week.

'I'm about to start training with the rest of the team and to fight for a place.

'A minor calf injury when I was doing my own pre-season style training slowed me down a bit.'

Villa manager Alex McLeish is keeping his fingers crossed transfer deadline day signing Jermaine Jenas will finally be available for Saturday's clash at QPR. The on-loan Tottenham midfielder has been sidelined with a thigh injury.

McLeish said: 'We've had Jermaine on the training ground the last few days, and touch wood, he will be available for the weekend.

'We are not committing ourselves 100 per cent to that but we could be doing with the competition.'

McLeish has already admitted striker Darren Bent, is 'touch and go' for the Loftus Road encounter with a groin problem which forced him to miss the Carling Cup meeting with Bolton on Tuesday.

McLeish wants Villa to bounce back after boos nightmareIt's a Given that Bent will score - Keeper Shay backs striker to find the netCollins offered two-year extension deal to remain at Villa Park until 2015All the latest Aston Villa FC news, features and opinion