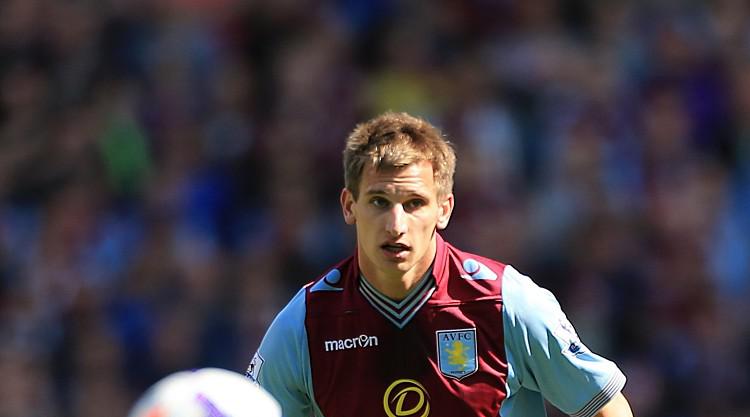 Aston Villa have announced the release of winger Marc Albrighton after 16 years' service at the end of his current contract.

Albrighton joined Villa's academy aged eight before going on to make 101 appearances, scoring nine goals, and has been linked with a move to Barclays Premier League newcomers Leicester.

Albrighton made his debut in the UEFA Cup at CSKA Moscow in February 2009 and started a total of 48 Premier League games, with a further 38 substitute appearances in the competition. He also featured in 15 cup games.

Villa manager Paul Lambert said on avfc.co.uk: "We wish Marc the best in his future career and acknowledge the contribution he has made to the club over the past several years having graduated from our academy."

Delfouneso, another academy graduate who spent last season on loan at Coventry, departs after 50 appearances following his debut, aged 17, in the UEFA Cup tie against Icelandic side FH Hafnarfjorour in August 2008.

Lambert added: "We also wish Nathan the best for his career and thank him for his efforts since he, too, graduated from our academy."