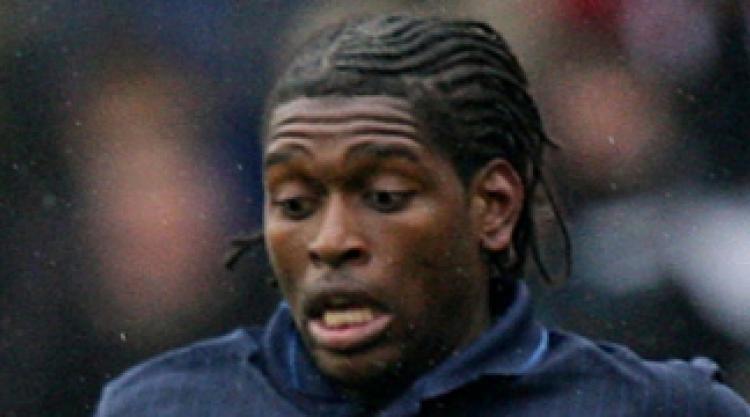 Arsene Wenger has challenged Jay Emmanuel-Thomas to justify the faith shown in him ahead of Arsenal's Carling Cup tie at Newcastle.

The Gunners will be looking to secure a place in the quarter-finals with victory on Tyneside on Wednesday night.

Wenger has confirmed he will select a balance of experience and youth at St James' Park as he continues the search for a first trophy since 2005.

Emmanuel-Thomas is one of several English youngsters - along with Kieran Gibbs and Henri Lansbury - pressing for inclusion in Wenger's squad on a regular basis.

Wenger allowed the 19-year-old midfielder to gain some first-team experience with loan spells at both Blackpool and Doncaster, but intends to keep the 2008-09 FA Youth Cup winner close at hand this season.

The Arsenal manager believes the teenager from Forest Gate - who started out as a centre-back - has it all, and with the right dedication, can reach the very top of the game.

"Jay is knocking very hard on my door - with two hands. He has outstanding quality," Wenger told Arsenal TV Online.

"He works very hard to get his fitness right. When his fitness is right, Jay will be not only a good player, but a great player.

"One thing is for sure - he can score goals. That is a massive talent you cannot give to people, his right foot, left foot, he is unbelievable in front of goal.

"This guy is an unbelievable finisher, inside and outside of the box.

"He has outstanding qualities, he has the build you dream to have.

"It is down to how far he wants to go because he has big potential."

England Under-21 midfielder Lansbury is another of Wenger's home-grown talents for whom the Arsenal manager has high hopes.

"He is a Ray Parlour type, a guy who has a good team attitude, goes for the challenges, has an endless engine and has the timing to get into the box and finish, he has shown that at Spurs.

"He is one of the players I want to keep at the club."

While the likes of captain Cesc Fabregas, goalkeeper Lukasz Fabianski and striker Marouane Chamakh are probably set to be rested, Wenger intends to send a strong squad up to Tyneside, with Nicklas Bendtner and Theo Walcott both in need of match sharpness following their return from injury.

"Of course we will rotate some players, but we will go with a big core of the first team. It will be similar to what we did at Tottenham," Wenger confirmed.

"It is difficult to say exactly who will play, but we will go with a side of 80% first-team experience."

Wenger added: "Newcastle is always a heated, highly-motivated place, a hot atmosphere, but we want to go there and win the game to qualify, I have said we will go for every single trophy."

With Arsenal number one Manuel Almunia continuing to recover from an elbow problem, Fabianski - who impressed again in Sunday's 3-0 Premier League win over Manchester City at Eastlands - is likely to be left on the bench.

Fellow Pole Wojciech Szczesny intends to make the most of his opportunity.

"For all the young players this is the first big step towards the first team and we have to make sure that when we get our chances, we take them with both hands, then hopefully we can get another chance in bigger competitions," said Szczesny, 20, who had a loan spell at Brentford last season.