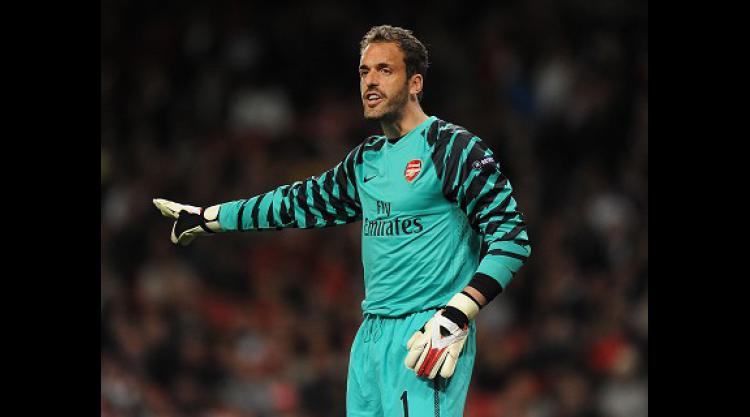 Arsene Wenger maintains it will be Manuel Almunia's decision whether the veteran goalkeeper decides to stay and fight for his place as Arsenal number one.

The 33-year-old has not played since the defeat against West Brom on September 25 when he sprained his elbow as he saved Chris Brunt's first-half penalty. An ankle problem picked up while training with the reserves has now sidelined the Spaniard for another three weeks.

Malaga and Atletico Madrid are both reported to be interested in moving for Almunia in a £1million deal next month and Wenger said: "I will listen to Manuel Almunia only."

"We are in a fantastic job, but the core of our job is to fight to be competitive and to fight for your place.

"Nobody can be where we are in such a privileged job and think 'it is a shame we have to compete for our places'. That is the least we can do.

"I am surprised every time a player has to fight for his position that you think straight away he has to leave."

Wenger added: "We want three goalkeepers at the top level and you have seen on Monday night we had Wojciech who made his debut in the Premier League and we had (Lukasz) Fabianski on the bench.

"If something happens to one you need three world-class goalkeepers."