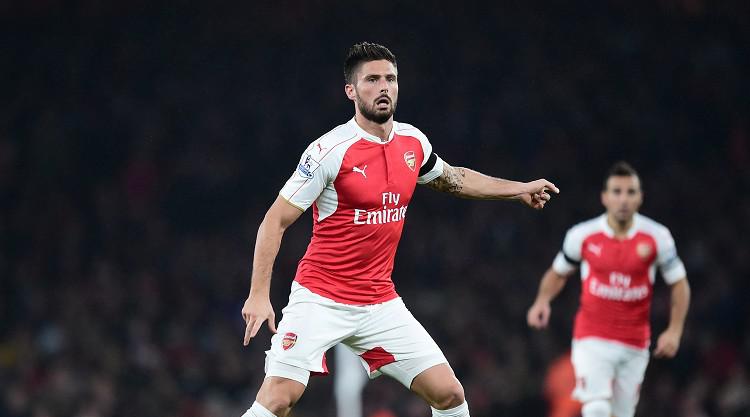 Olivier Giroud has called on Arsenal to maintain focus, not look too far ahead and carry the momentum of recent results in their trophy quest this term.

The Gunners travel to Sheffield Wednesday in the Capital One Cup fourth round on Tuesday night after four straight wins - over Manchester United, Watford, Bayern Munich and Everton.

"We need to keep focused on what we are doing well and it's for sure that we have a lot of confidence and we want to show that we can get stronger and stronger," Giroud said on arsenal.com.

"If we carry on like that then we will be difficult to beat, especially with our efficiency.

"I don't want to look too far forward because we need to keep it up and carry on this momentum.

"We also want to qualify for the (knockout stages of the) Champions League so we've got big games to come so let's see if we can keep it up."

Petr Cech will start in goal for Arsenal as David Ospina (shoulder) remains out.

"Ospina is still out too, so Cech will certainly play," Wenger said on arsenal.com.

Cech's most recent appearance in the competition came when Chelsea won the trophy against Tottenham at Wembley on March 1.

The Gunners, who won 2-1 at Spurs in the third round, have no fresh problems following Saturday's defeat of Everton.

Wenger added: "There are no new problems from Saturday.

"Per Mertesacker is available again after illness. Nobody else is coming back."