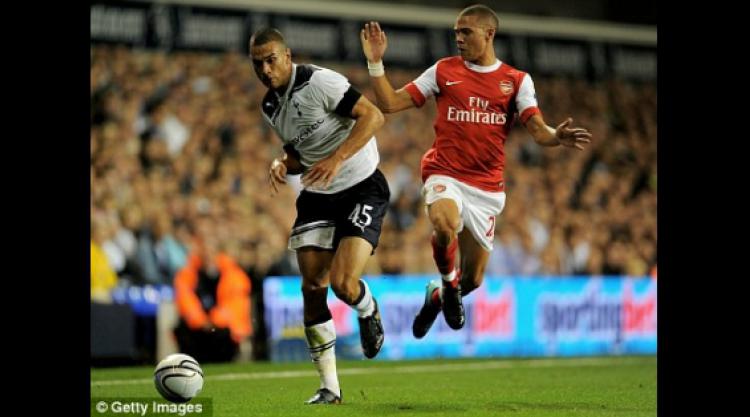 Arsenal have confirmed England defender Kieran Gibbs suffered only a minor foot injury during the 4-1 Carling Cup victory at Tottenham and is set to be out of action for only the 'short term'.

Gunners boss Arsene Wenger feared the left-back had suffered another broken metatarsal, having missed a large part of last season with a similar injury, and with it the chance to feature at the World Cup.

However, scans have revealed nothing more than severe bruising.

Lucky break: Gibbs (right) will only have a short spell on the sidelines

A statement from Arsenal read: 'The club is happy to confirm that, following last night's Carling Cup third round match at Tottenham Hotspur, a scan to Kieran Gibbs' foot has shown there is no fracture.

'Kieran has suffered severe bruising to his left foot and will hopefully only be missing from first-team action for the short term.'

However, centre-half Thomas Vermaelen could be available for the visit of WestBrom on Saturday after his Achilles injury.