Fabregas not getting carried away 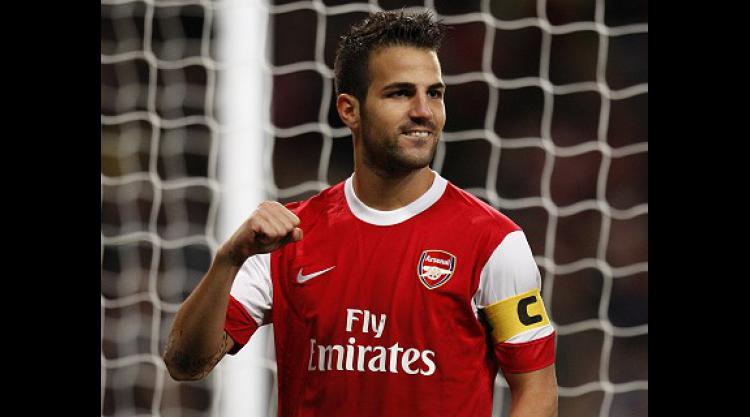 Arsenal captain Cesc Fabregas maintains he is not going to "read too much" into the Gunners' flying start to the season.

World Cup winner Fabregas netted a brace as Champions League newcomers Braga were swept aside 6-0 at Emirates Stadium on Wednesday night. Arsene Wenger's youngsters had also ran in half-a-dozen goals against Blackpool, while Bolton were dispatched 4-1 as Arsenal made it three wins from four in the Barclays Premier League.

"I am not going to read too much into our beating both Blackburn and Bolton - in previous years we might have done the same thing before collapsing against the big sides, so it's best that we just keep going, keep improving and keep making things difficult for whoever we face," the Arsenal captain said.

"On Saturday, that will be Sunderland, which is always a very difficult place to go.

"Last season we didn't do well at the Stadium of Light, but it was straight after an international break and we were perhaps a bit tired, so we hope for better this time."

Fabregas continued: "We are happy with 10 points from four Premier League games.

"We would have preferred 12, but we are up there, we are second, and now we need to guard against losing more points because we will need everything we can get at the end of the season."

Left-back Gael Clichy, who echoed his skipper's comments, maintains this time the Gunners must show their true championship credentials.

"We know how difficult the Premier League is so we have to recover quick because we know Saturday will be a battle," he said.

"They are good at home and we just want to show that we can perform week in week out."