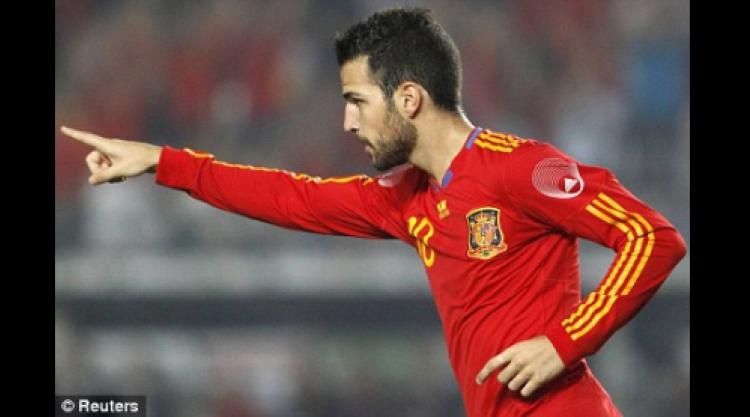 Arsenal have insisted that the 23-year-old midfielder, a Barca youth product, is not for sale, but that could change in South Africa, according to Barca's corporate director general Joan Oliver.

'Cesc has arrived in South Africa to play the World Cup, but there are a lot of football people there,' he said.

Barcelona is that way: Cesc Fabregas is set to join the Catalan giants

'(Arsenal coach Arsene) Wenger will be there and there will also be representatives of Barca (there).'

Barca have had one bid for the Spain midfielder rejected, with Arsenal saying they would not welcome further bids, but Oliver wants to hold direct talks with the Gunners.

'This is a three-sided affair and the third side (Arsenal) have not expressed themselves in any way,' he said.

'There is a player who wants to come here, but he has a contract. We have made an offer (of 35million euros) and they have said that the player is not for sale. The problem is between the player and the club (Arsenal); we haven't been invited to the table (to negotiate).'

While Oliver believes a deal can be done, he accepts it may take some time.

'You can never predict when a signing will be closed,' he said. 'In this world, when you put a deadline on it, you always end up losing out,' he said.

Oliver was also dismissive of Real Madrid's supposed interest in the player, believing that Arsenal are using Barca's biggest rivals to bump up the price for their captain.

'They can negotiate with whoever they like,' he said.

'But what a coincidence. when Barca are negotiating for a player, another club appears out of the blue - it's always the same.

'We complete signings when the price is reasonable. And the story of Cesc is what it is. The player has said both publicly and privately that he wants to play for Barca.'

In any case, Oliver says he in unconcerned because there has been a lack of signings across Europe so far this summer.

'There has only been one important operation up until now and that was David Villa's signing for Barca. That's why we won't rush and we won't sign anybody paying an exorbitant sum,' he said.