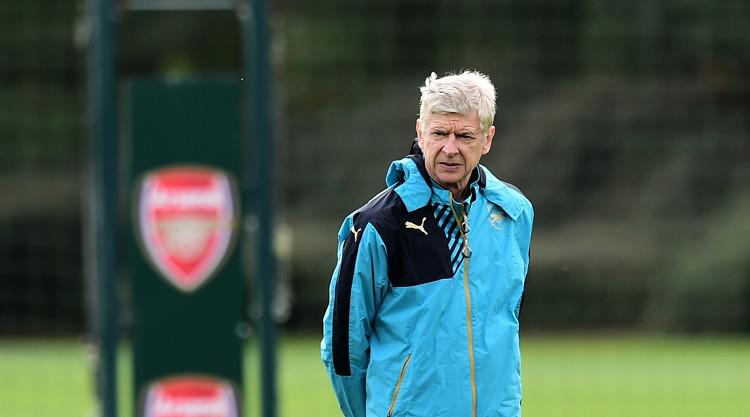 Arsene Wenger knows Arsenal have left themselves little option but to attack Bayern Munich head on in their Champions League showdown at the Emirates Stadium.

The Gunners remained second in the Barclays Premier League table following the 3-0 win at Watford on Saturday evening, which was secured with an impressive second-half display.

Wenger was impressed by the relentless attitude of his side when they had taken the lead just after the hour through Alexis Sanchez, with further goals from Olivier Giroud and Aaron Ramsey seeing off the spirited Hornets.

It was another encouraging display following on from the demolition of Manchester United before the international break, when the Gunners raced into a 3-0 lead inside the opening 20 minutes.

Wenger, though, accepts his side face a stern challenge of their potential when the German giants come to north London for Tuesday night's European tie.

By contrast, Munich have a 100 per cent European record this term, scoring eight without reply, and on Saturday beat Werder Bremen 1-0 to set a record for the best start to a domestic season with their ninth consecutive Bundesliga victory.

"We are now in a position where we can focus really and give everything on Tuesday night," Wenger said following the win at Vicarage Road, where both Sanchez and Mesut Ozil again impressed.

"I will have to see how we prepare for this game now and decide what we really want to do.

"The confidence level is there, the required result is there as well, because we know exactly what is needed - a 0-0 is not even a good result. To score goals, we have to attack."

Wenger acknowledged a repeat of the start against United would be "ideal", but conceded: "That is difficult to plan - we did not plan to be 3-0 up after 20 minutes".

The Gunners boss accepts no matter what the challenge in front of them, his players must just focus on delivering another high-calibre performance of their own.

"What we want to do is play up to our level, because that will be needed because we play against a big team," he said.

"We feel a bit that the pain inflicted (following disappointing European results) was a bit by ourselves, maybe subconsciously we thought, 'Anyway we will win these'. Now to correct that we need a great performance."

Striker Giroud, who came off the bench to net with almost his first touch against Watford, will be available for selection having served a one-match Champions League suspension following his red card away to Dinamo Zagreb.

Wenger must also decide whether to give veteran keeper Petr Cech his first European start or keep faith with David Ospina, whose handling mistake led to one of the goals in Arsenal's disappointing 3-2 home defeat by Olympiacos.