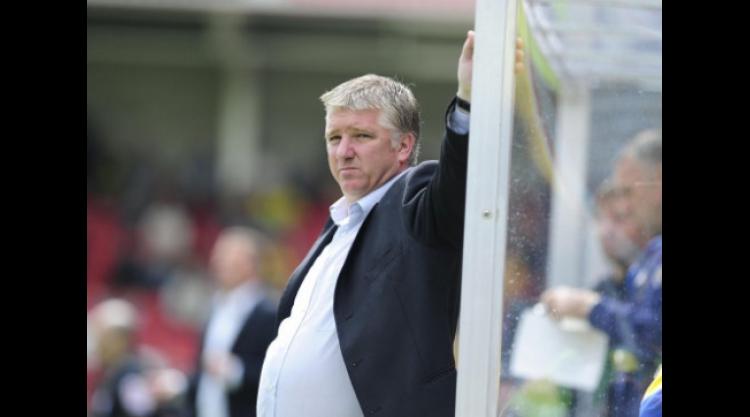 Brennan Dickenson is an injury doubt for AFC Wimbledon ahead of the visit of Morecambe.

The on-loan Brighton winger was forced off at half-time during Tuesday's 4-0 defeat at Accrington with a foot injury.

Midfielder Peter Sweeney remains sidelined with a broken metatarsal along with defenders Pim Balkestein (hamstring) and Jim Fenlon (back).

But the Dons have received some positive news from the treatment room with centre-half Will Antwi resuming full training after a month out with a hip injury.

Full-back Curtis Osano has also shaken off a calf injury and midfielder Huw Johnson is fit after a groin problem.

Striker Jason Prior joined non-league Dartford on loan earlier this week to build up his fitness after a long spell out injured.

Captain Will Haining is ruled out of Morecambe's trip with a hamstring injury.

The 30-year-old defender left the field after 43 minutes of last weekend's 1-1 draw with Gillingham and is not expected to recover in time to face the Dons.

Robbie Threlfall was his replacement against the Gills and the former Liverpool trainee is manager Jim Bentley's likely selection.

Bentley will also be without Kevin Ellison who will serve the second and final game of his suspension after picking up 10 bookings this season.

Andy Parrish is a further absentee as he continues to struggle with a thigh injury.

The Shrimps have taken the lead in all of their last three games but failed to win any, ending their slim play-off hopes.