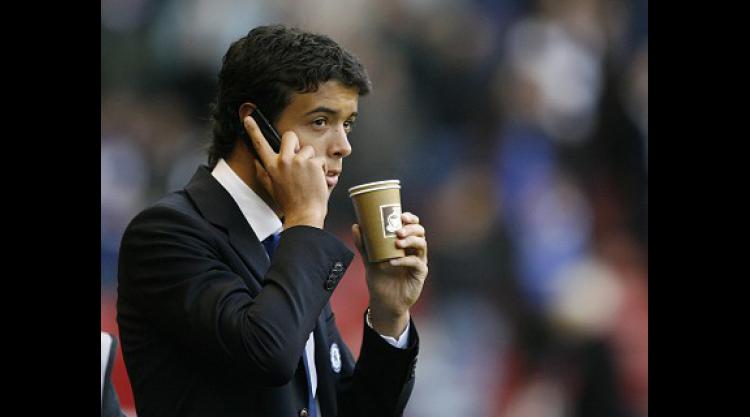 The 21-year-old, who spent last season on loan at Blackburn, was initially linked with another temporary spell in Lancashire at the DW Stadium. But Wigan manager Roberto Martinez has secured the Argentinian permanently after he underwent a medical on Tuesday afternoon to join midfielder Tom Cleverley, who joined on loan from Manchester United earlier in the day.

"We've been following Franco for a long time and from his point of view it's clear that he is desperate to play for Wigan and his desire and commitment is exactly the right attitude for our club," said Martinez.

"Franco is an Under-20 international for Argentina with great Premier League experience having worked at a club with the calibre of players of Chelsea, and also spending a hugely beneficial year on loan at an established club like Blackburn.

"We all feel that Franco can fulfil his potential at our football club and he'll bring a completely different dimension to our squad with his presence, technical ability and hard-work.

Di Santo, brought to England by Chelsea in 2008, made 22 appearances for Blackburn last season but scored just once.

"I am just happy that my future has been sorted out now. I can't wait to start training, meet all my new team-mates and start fighting for my place in the team," said the Argentinian.

Earlier in the day Martinez brought in Cleverley on loan from Old Trafford. The England Under-21 international has previously had temporary spells at Leicester and Watford in the last two seasons.

"Tom is a very exciting young player and we are delighted he is coming to us," said Martinez. "He can play in a number of positions and will provide us with some good new options, and add great competition to the squad.

"We have been watching him for some time and feel he is the right sort of player to join our squad; young, hungry, desperate to play for the club in the Premier League and to grow with us."