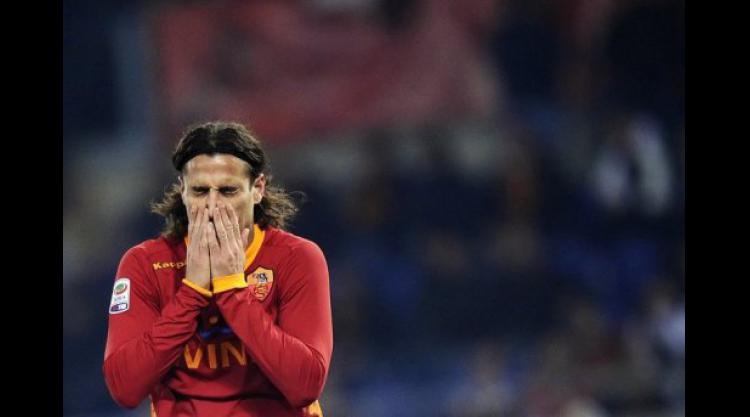 Roma's Argentine-born striker Pablo Osvaldo has been fined and suspended by his club for punching team-mate Erik Lamela in the face, Italian media reported on Sunday.

Osvaldo was apparently angry with Lamela after not receiving a pass during the 2-0 defeat at Udinese on Friday night.

After the match, he punched his compatriot in the face following an argument during which Lamela threw a plastic bottle at Osvaldo, according to reports.

Italian press claim Osvaldo will be fined and suspended for 10 days, meaning he will miss the match against Fiorentina next weekend.

Roma's general manager, Franco Baldini, denied there was a split in the camp between the older players and the younger ones but confirmed something had happened.

"What happened was a lack of respect from Osvaldo to one of his team-mates and at the coach's request he has been punished," said Baldini.

Osvaldo and Lamela are said to have presented their apologies to coach Luis Enrique and the team at training on Sunday, although Osvaldo apparently did not train.