We've got a second chance - Caldwell 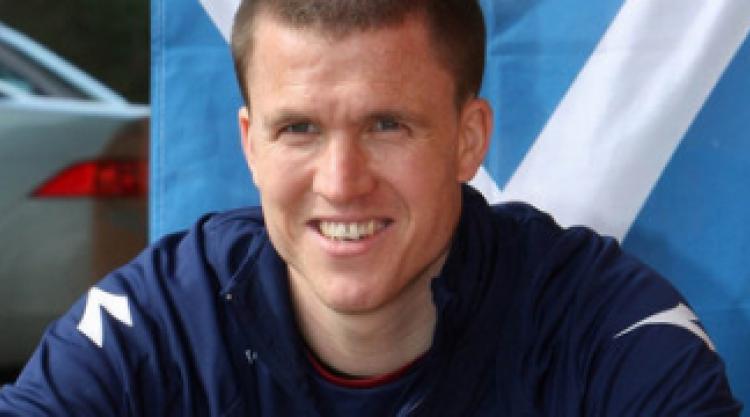 Craig Levein's men suffered their first loss of the campaign when Roman Hubnik grabbed the only goal of the game in Prague.

Next up is the daunting task of facing Spain at Hampden on Tuesday but Caldwell does not believe the events of Friday night have fatally damaged Scotland's chances.

"We are still on course for finishing second," he said.

"That was probably always the objective. Spain on Tuesday is a game we will go into and give everything.

"Everyone in the world wouldn't expect us to get anything and that's when Scotland are usually at their best. So we can have a right go on Tuesday night."

Levein opted for a controversial defensive formation against the Czechs, with in-form striker Kenny Miller left on the bench until 15 minutes to go.

But Caldwell defended the ultra-cautious approach, claiming it almost paid off for the Scots.

He said: "I thought it worked very well. They looked very frustrated, you could see that in their play, and I don't think they had many chances.

"In the second half, they started to get a few more efforts and Allan McGregor made some good saves.

"But it was working, it was 0-0 and a point would have been a great result. It was just disappointing to lose from a set-piece."

Asked if he was surprised when Levein revealed his system to the players, the Wigan player replied: "Not at all. He's got to pick a team that he thinks can get a result.

"For 70 minutes we were getting the result we wanted and that's his decision. I think it was working.

"We worked on it all week in training, we watched videos and we understood what we were doing."

Miller and Chris Iwelumo were both thrown into the action with Scotland trailing and did not have enough time to claw a goal back.

But Caldwell insists there was no sense of frustration afterwards about not having had a go at the Czechs earlier in the match.

He said: "I think there is just frustration at the result. We felt we could have got something here and we didn't.

"That's the only frustration the players and everyone in the dressing room has got."

Caldwell has yet to play a first-team match for Wigan this season after recovering from two hip operations and he was pleased to last until 15 minutes to go last night.

"I felt tired as the game wore on but I think that's only natural," he said.

"But I gave it everything I had and the manager took me off probably after a little bit longer than I thought I would have lasted. I'm quite happy."