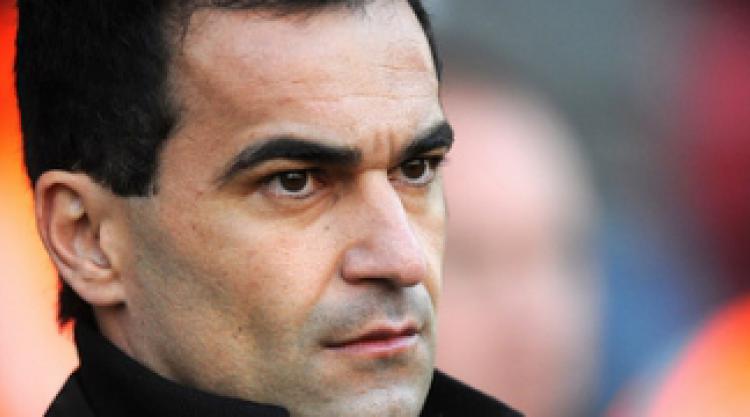 Wigan manager Roberto Martinez praised Victor Moses after he scored the winner against West Brom at the DW Stadium.

The 19-year-old stepped off the bench to help secure their first victory in six league games and take them out of the bottom three.

Moses replaced the ineffective Jordi Gomez at half- time and showed remarkable maturity in front of goal to seal a 1-0 victory.

He steered his effort beyond Scott Carson and into the corner after being set up by the impressive Charles N'Zogbia.

It was the former Crystal Palace midfielder's first league goal this season - he found the target in the Carling Cup victory against Hartlepool.

Moses has had to play a waiting game but according Martinez he is beginning to come to terms with the demands of England's top flight.

Martinez said: "We wanted to stretch the game and that is why I sent on Moses. He has the ability and is in a great moment.

"He came on against Liverpool on Wednesday and did well. I am not just using him as an impact player.

"He had a couple of injuries and has had to bide his time. He is still adapting to the Premier League.

"Victor is a very mature player and is ready to help the team. He is a raw talent."

Wigan went into the match having scored only nine goals in 12 league games but with renewed confidence after drawing with Liverpool.

They had the majority of possession and almost opened the scoring in the second minute only for Tom Cleverley's effort to be cleared off the line by Pablo Ibanez.

N'Zogbia, who almost joined Birmingham in the summer, pulled the strings against the newly-promoted side.

Martinez said: "We knew it would be tricky. We have played three games in a week and the energy is not what it should be.

"They were organised and were playing for the counter-attack. We had to break them down and you allow the frustration to come out when that happens.

"Since the transfer window closed we have seen a new Charles. Physically and tactically he's taking his game to a different level."

The only downside for Wigan was defender Gary Caldwell limping off with a thigh injury that will be assessed tonight.

West Brom are struggling to win games after a bright start but almost snatched a point in stoppage time.

Substitute Marc-Antoine Fortune rattled in a shot from an acute angle but goalkeeper Ali Al Habsi stood tall to make the block.

Manager Roberto Di Matteo said: "A draw would have been a fair result if you look at the game.

"We have had a difficult two weeks and lacked a bit of sharpness in the second half. We put a lot of effort in this week and it was difficult for us.

"We couldn't raise our game as we usually do. But we never thought we would walk through this league.

"It will stay difficult until the end of season as anyone can beat anyone, nothing new to us. But it is a shame we lost to a main competitor and we could have dealt with the goal better."