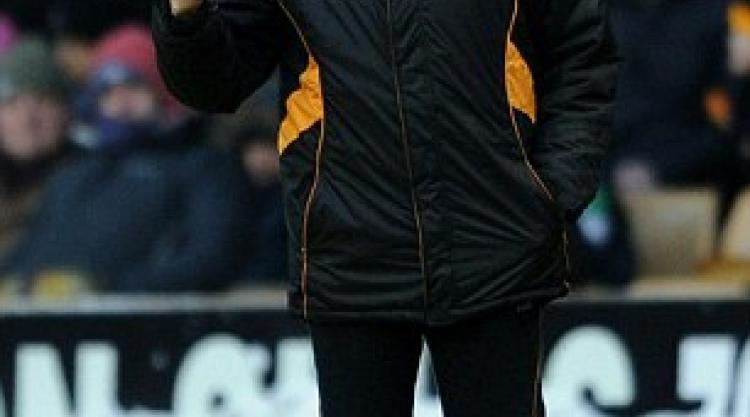 Wolves boss Mick McCarthy did his best to stay positive after his side slipped to the bottom of the Barclays Premier League.

West Ham's 3-1 victory at Fulham in the early Boxing Day kick-off meant Wanderers and Wigan went into their clash at Molineux knowing that defeat for either team would see them occupying 20th spot.

It was McCarthy's men who found themselves in last place at the final whistle after suffering a 2-1 loss, but the 51-year-old is not about to start getting down about things while there is still more than half the season to play.

'There is only one way for us to go at this moment in time with the games we have got remaining and that is up,' McCarthy said of Wolves' position in the table.

'I know ultimately there are two ways we can go, but at the moment there is only one.'

Hugo Rodallega gave Wigan the lead in the ninth minute when he volleyed past Wayne Hennessey and the Colombian striker then turned provider just over 10 minutes later, feeding the ball to Tom Cleverley who slotted home to make it 2-0.

Wolves pulled one back through substitute Steven Fletcher late on but it proved to be nothing more than a consolation as the visitors held out for a victory which moved them out of the drop zone and up to 16th.

Wanderers had two penalty appeals turned down in the first half, one of which McCarthy felt was a certain spot-kick.

'There is one on Stephen Ward which is an absolute stone-waller,' McCarthy said, before joking: 'But we haven't had one yet, so why bother? I might not even designate a penalty taker, because it doesn't seem like we are going to get one.'

McCarthy's opposite number Roberto Martinez was delighted with the manner in which his Latics side handled the pressure of the situation.

Mountain to climb: Rodallega beats the Wolves to defence to score for Wigan

'It was a very difficult game in terms of coming to Molineux with a lot to lose,' Martinez said.

'We could have finished (the game) bottom of the league and that could have been on the players' minds and affected their performance - we are very young.

'But I felt that the maturity in the performance was fantastic and it showed how far we have come in the first half of the season.

'When you see other teams playing in front of you, it puts that extra bit of pressure on.

'Looking at the first half of the season, we have been a lot more consistent than last season, but we haven't been able to get the results that the performances sometimes deserve.

'That is something we have to change, and today it was probably the worst possible test in that respect because mentally, we had to be ready.

'We had many players missing - a couple of suspensions and a few injuries. It would have been all too easy for us to feel sorry for ourselves, but it wasn't the case.'