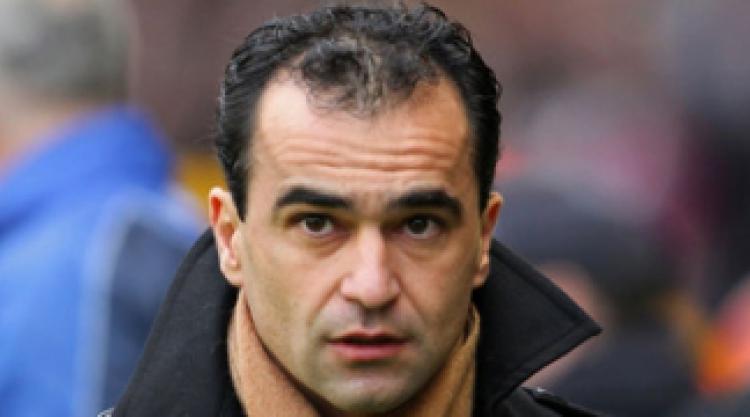 Benitez's six-year tenure at Anfield was ended by mutual consent on Thursday following a disappointing 2009-10 campaign in which the Reds were eliminated from the Champions League at the group stage and finished seventh in the Premier League.

Those efforts marked a significant regression for Liverpool, who finished second only a season earlier, and won the European Cup and FA Cup as well as reaching another Champions League final in Benitez's first three years in charge.

Martinez admits Benitez fell short of the club's target's last year but is confident he will be remembered fondly by Liverpool supporters.

Asked if he felt people had been quick to criticise Benitez, Martinez said: "I think it's the nature of the game and at any football club, in any league in the world, when you don't achieve your aims that you set early in the season - that is the sort of business we are living in and as a manager you understand that."

He added: "In any club with the expectation of Liverpool, or Arsenal, Chelsea, Barcelona, Real Madrid - you start to accept that nothing will surprise you."

Martinez believes both Benitez and Liverpool's fans will always remember the good times during his spell as manager.

"In football, it is not about how long you can stay at a club, but what you achieve at a club," Martinez said.

"I think Rafael Benitez will look back at his time at Liverpool, I think the fans and the players will do the same, and it has been an extremely successful period.

"In football these days there are many reasons (why managers leave), with the ownerships and the situation at a club, and I think we are starting to get used to these sorts of situations.

"There is an intense period whenever you are the manager of a football club and you should enjoy good moments."

He continued: "I think everyone will agree that Rafael Benitez brought huge success in Europe, bringing the Champions League and taking the team to another final.

"They were big nights and I am sure everyone will have great memories of Benitez's time at Liverpool.

"He is going to be part of their folklore and their history and that is the way it should be.

"I'm sure Liverpool fans will have huge memories of Rafael Benitez and I'm sure it is a part of his life he will be extremely proud of."

Martinez has also given his thoughts on England's World Cup chances after Rio Ferdinand was ruled out of the tournament with a knee ligament injury.

"Without a doubt, it is a big, big blow," Martinez said.

"More than just the type of player Rio is, it is his character, his leadership and his understanding of the game.

"When you are trying to guess about who is going to do well in the World Cup as a team, those moments are huge.

"But on the other side, you are looking at the possible players who could step up and play instead of Rio.

"You have got huge options, with players that have had great seasons in the Premier League, which we have to remember is the best league in world football.

"So I would say it is a disappointment, but I think the replacements are good enough and ready enough to take England as far as they would have gone with Rio."