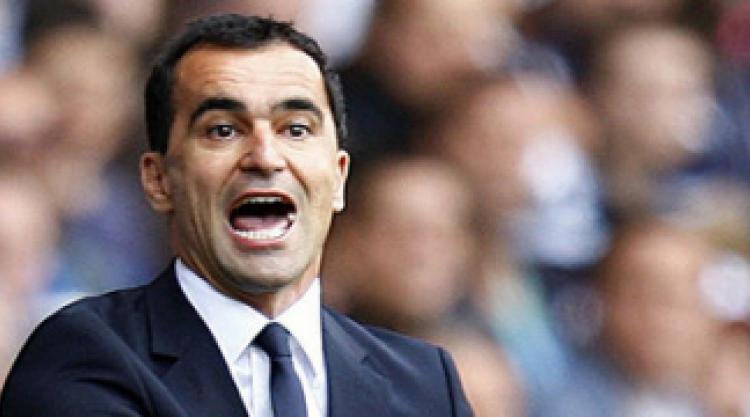 Martinez's side tomorrow face a Newcastle team who are without the services of Hatem Ben Arfa.

The 23-year-old midfielder, who is on loan from Marseille, suffered a double fracture of his leg following a challenge from Manchester City's Nigel de Jong that was widely criticised.

While Martinez does not wish to see tackling outlawed, he is keen for players to act with care.

He said: "The Premier League has a competitive edge. Tackling is an art and needs to be in the game.

"You need to be accurate, not reckless, as you risk a red card, letting your team down and letting yourself down.

"It is a thin line between a player getting injured or winning a challenge. It is important the referees get these decisions right so we can protect the creative players. Those are the types of players the fans want to see.

"That means the speed and the power of every challenge is different. You don't want to see players missing months of a season because of a bad tackle."

Martinez welcomes back midfielder Tom Cleverley, who is on loan from Manchester United, after he proved his fitness following a knee injury by playing for England Under-21s.

Martinez said: "Tom is more like a 30-year-old with his awareness of the game. He is ready for the Premier League. We want to enjoy his presence and his football.

"Tom has always been impressive in everything he has done with us. He was very unfortunate to get a knee injury.

"I am pleased he had two games with the Under-21s and no effects from them. That means he is fully fit."

Wigan go into the match against Newcastle on the back of a home victory over Wolves.

However, Martinez believes Chris Hughton's side pose a stiff test in front their partisan supporters.

"Once you get relegated it is very difficult to regroup. What they have achieved over the last 15 months is just an example of how things should be done in a challenging position," Martinez said.

"Their results have been inconsistent but they have a very strong group of players who know what it means to play for Newcastle.

"You need to match them physically and you have to match their enthusiasm. They are a stronger side than some people imagine.

Goalkeeper Ali Al Habsi is set to retain his place in the team after recovering from a stomach virus, but Antolin Alcaraz is doubtful with an ankle problem.