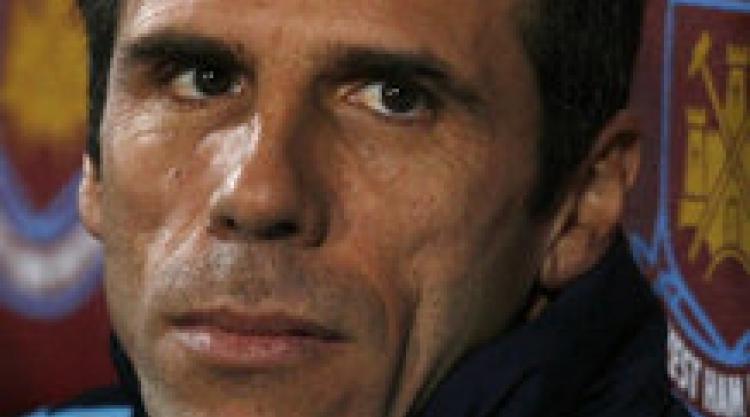 West Ham will be looking to push West Brom closer to the drop when they meet on Monday night.

The Hammers have been in sparkling form since Christmas, losing just two of their last nine fixtures.

That run has lifted them into seventh spot in the Premier League table, with European qualification now within their reach.

They have also won four of their last five games at Upton Park and will be confident of further success against the rock-bottom Baggies.

Tony Mowbray's side are now seven points adrift of safety and have failed to win any of their last six matches - taking just one point.

They have conceded two or more goals in each of those outings and have kept only two clean sheets in their last 21 league games.

The men from the Hawthorns have also struggled on the road this term, with only one point taken from their last 11 away trips.

Duo miss outWest Ham boss Gianfranco Zola is set to make two enforced changes to his starting XI ahead of the crunch contest.

Midfielder Jack Collison damaged his right knee during last week's win over Wigan and has been ruled out for six to seven weeks and striker Carlton Cole serves a suspension after his red card in the same game.

Luis Boa Morte could be involved after recovering from a groin injury, while Kieron Dyer and Diego Tristan have returned to training after calf and groin problems respectively.

Olsson boostCentral defender Jonas Olsson is recalled to the West Brom squad for their trip to the capital.

Olsson has been sidelined since early January with a knee problem but has returned to training and will be looking to shore up a defence which has conceded 17 goals in the last six league games.

On-loan Arsenal striker Jay Simpson is available after being ineligible for the 3-1 defeat to the Gunners last time out.

Fellow forward Roman Bednar is also in contention after missing the last two games with a back problem.

Neil Clement and Ishmael Miller are long-term absentees with knee injuries and will miss the remainder of the season.