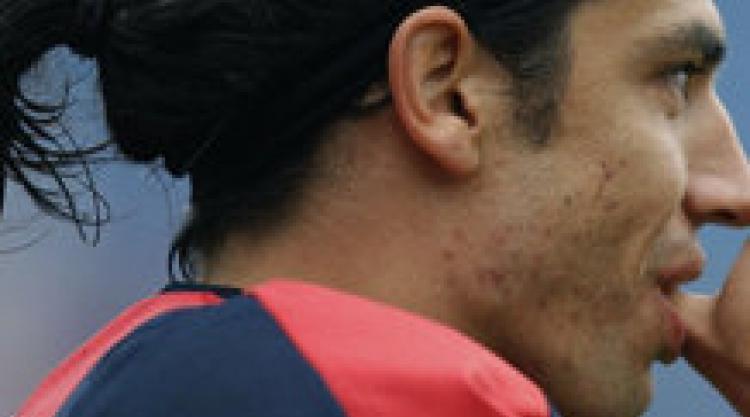 Tony Mowbray has revealed that he sees Juan Carlos Menseguez as an impact player rather than a regular starter for West Brom as they battle to avoid the drop.

The 25-year-old loan signing made his debut as a late substitute in the 2-0 Premier League defeat by Fulham at Craven Cottage on Sunday.

While pleased the right winger got some game-time, Mowbray sees his role as an impact player from the bench in future weeks, particularly away from home.

The Baggies boss said: "To get him on the pitch was good. Whether he's ready physically to make the impact, we will see if he gets the opportunity.

Current plight"Injuries, and the way the game is going, will determine whether he gets game-time but I don't see him, in our current plight, starting every week for us.

"He's here to make an impact and if he can then fine - but let's wait and see.

"People may not know what to expect but when you set a team up I would suggest I can only see him being someone who can make an impact off the bench.

"I think he is more than capable of giving us pieces of magic by going past people with clever footwork.

"But is he the type of player who, when we go away from home, can be resolute and resilient? It may be difficult to find a place in the team for him."

The player suffered the fracture in the defeat at Fulham but wants to play through the pain barrier and remain part of Mowbray's plans.

Mowbray added: "We will wait and see if he trains. He's got a fractured toe and sometimes you don't know how they will go. It's not like he's got a sore thigh.

"He's broken a toe but he's still anxious to be involved. That will basically depend on how much pain he has and whether he can get his boot on."