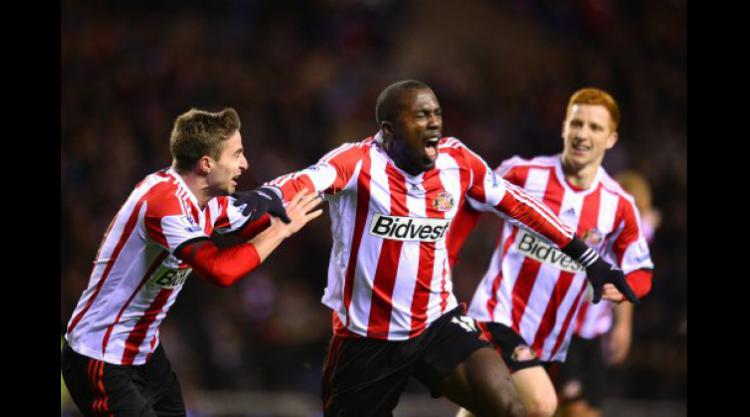 
Poyet: We need to take risks

Gus Poyet is ready to gamble in a bid to drag Sunderland out of relegation trouble.


The 46-year-old Uruguayan has enjoyed a measure of success since replacing Paolo Di Canio at the helm in September, and has increased the club's meagre points total from one to eight during the ensuing weeks.


Performance levels have increased significantly too and the Black Cats emerged from Wednesday night's 4-3 defeat by title-chasing Chelsea with their heads held high.


However, they did so empty-handed and will embark upon Saturday evening's home clash with Tottenham still sitting at the bottom of the Barclays Premier League table and eight points adrift of safety.


That is a situation Poyet knows has to change sooner rather than later if they are to maintain their top-flight status.


He said: "Unfortunately, we still don't have enough points, we still look at the table and it's not great. We need to win football games.


"That balance is slightly going one way. We need to start maybe taking a few more risks because we don't have enough points.


"We are in a situation where it is difficult to catch the teams in front of us because we cannot put two wins together. Every time we make a step forward, the second step is flat or backwards and we cannot really get there.


"The league is like that - everybody beats everybody, every game is difficult. All the teams are going to win football games and we haven't won enough."


Despite their plight, Poyet has seen enough both on the training pitch and in games to believe his squad is equipped to mount a fightback.


He said as much after the Chelsea game and had his view endorsed by opposite number Jose Mourinho after the final whistle.


Asked what the Portuguese had said in the wake of the seven-goal thriller, Poyet revealed: "In different language, he said more or less the same: 'If you play like that, you won't go down'.


"It's good that the players can see that as well because it is a compliment to the players.


"For me, if we play seven or eight games like the other day and against Aston Villa and we don't win one, there is something that's incredible against this football club.


"But it doesn't happen. If we perform like that for seven or eight games, you are going to win three or four, so that's what I am looking for.


"I am looking forward to seeing if we can maintain that and find that balance.


"We defended very, very well against Villa; we didn't score from two yards. We scored three against Chelsea and you should win, and we conceded four and we defended really badly.


"Football is a complete game: you need to defend well and score your chances, and then you become a consistent team."


Striker Jozy Altidore is likely to retain his place as Poyet's lone striker for the clash with another of the manager's former clubs after getting the nod over Scotland international Steven Fletcher in midweek.


The United States frontman rewarded Poyet's faith in him with the opening goal, his first for the club in the league.


The manager said: "I am sure that a few of them (the fans) were not happy with me before the game, and then they say, 'Maybe he was right'.


"For decision to go right, you need the player. I can make 100 decisions, but it's up to the player then to make that decision right.


"He needed to play, it was the time I needed to make a decision. He didn't play in the previous two or three and I thought it was the right game for him. I am happy that I was right."


The Germany midfielder lashed in his first Barclays Premier League goal for Tottenham in Wednesday's 2-1 victory at Fulham.


Spurs claimed their first league win in five games at Craven Cottage to ease the pressure on manager Andre Villas-Boas.


Close friends Holtby and Walker stuck to a light-hearted celebration pledge in the wake of the winning goal at Fulham.


The duo ended up bundled onto the ground, with Holtby admitting he would be "ashamed" to watch it back on television.


But not even that embarrassment would be enough to stop him and Walker reprising their unusual goal toast should either find the net on Wearside.


Holtby said: "He is a very good friend and we said to each other that whenever we score and we are both on the pitch we will do a celebration.


"So we got together, did our little handshake and did a rolling around the floor type of thing.


"It looked weird but we had a great laugh. It was a fantastic thing to do with him."


Holtby added: "Hopefully (we will do it) at Sunderland again.


"He is such a funny guy. If I see it on television, I will be ashamed of myself but I am always up for good fun."


Holtby may like to play the joker, but he is deadly serious about Tottenham's need for league points ahead of Christmas.


Manager Villas-Boas has been forced to defend his Spurs record this term after bringing in a host of new faces to offset the summer loss of Gareth Bale to Real Madrid.


The new recruits are yet to hit their personal and collective stride at White Hart Lane, and Holtby believes Spurs must seize on that Fulham victory to make December their season turning point.


He said: "The fixtures we have are very important now and there is a possibility of getting a lot of points.


"There are games every three days in December so we have to be up for it every time."


Jan Vertonghen suffered an ankle injury at Fulham and Villas-Boas has admitted the defender is a doubt for Saturday.


Mousa Dembele's ongoing hip complaint ruled him out of the Fulham clash at the last minute, but after resting he could come back into contention at the Stadium of Light.


Full-back Danny Rose has made a tentative return to training, but is not yet ready for a playing comeback.