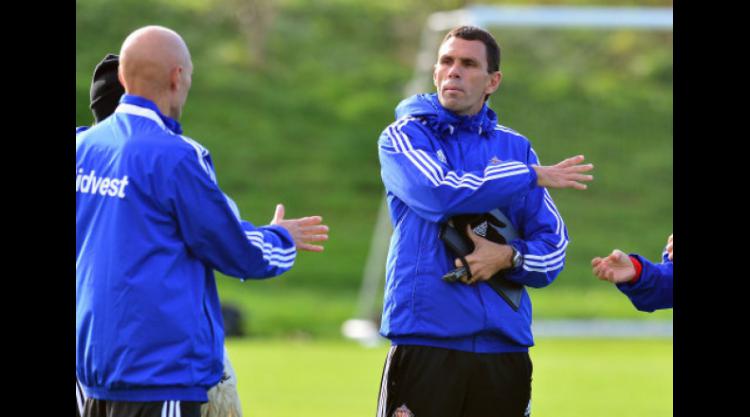 Sunderland defender Wes Brown could make a first competitive appearance for the club in almost 21 months against Newcastle on Sunday.


The 34-year-old former Manchester United star, whose last senior game came against Middlesbrough in the FA Cup in January last year, is available after ridding himself off a calf injury sustained in pre-season.


Midfielder Ki Sung-yueng, who was ineligible to play against parent club Swansea last weekend, also returns to the squad as the Black Cats attempt to secure a first Barclays Premier League victory of the season.


Gus Poyet will head into his first Wear-Tyne derby insisting the task ahead of him is no bigger than he first thought.


The new Sunderland manager will attempt to replicate the achievement of predecessor Paolo Di Canio by writing himself into Black Cats history with a victory over arch-rivals Newcastle in just his second game at the helm.


Di Canio, of course, had little time to savour his taste of glory and was shown the door after just 11 more matches with the club bottom of the league and in disarray.


Three defeats since - two of them under interim boss Kevin Ball - have seen Sunderland's plight deepen, but even last Saturday's 4-0 battering at Swansea could not dent Poyet's belief that he can halt the slide.


Asked if events at the Liberty Stadium had revealed a greater malaise, he said: "No, not at all.


"I have got more information. It helped more because until last week, I was seeing the team bottom, but you were just coming in.


"Now you know why we are bottom even more because of what happened in the game.


"The situation is that we cannot keep analysing things and trying to blame one or the other.


"Here we are involved in this and we need to sort it out, so that's the only thing I am concentrating on."


Toon boss Alan Pardew's only selection issues concern central defence, where Yanga-Mbiwa is suspended and skipper Fabricio Coloccini and Steven Taylor are both fighting their way back from injury.


Coloccini, who has a groin problem, is yet to train with his team-mates, while the manager was coy over suggestions that Taylor has suffered a recurrence of his hamstring strain, and insisted that neither man has yet been ruled out.


But if he offers up a prayer on that front over the next 48 hours, Sunderland's chaplain Father Marc Lyden-Smith may have already beaten him to it after posting a photograph on Twitter showing Pope Francis holding the Black Cats shirt with which he had just presented him.


An amused Pardew said: "Sometimes you have got to look at all angles. We are all looking for marginal gains and I suppose the Pope could help.


"I will have to have a word with Colo and see if he has got influence there. I think he has met him, so we will see."