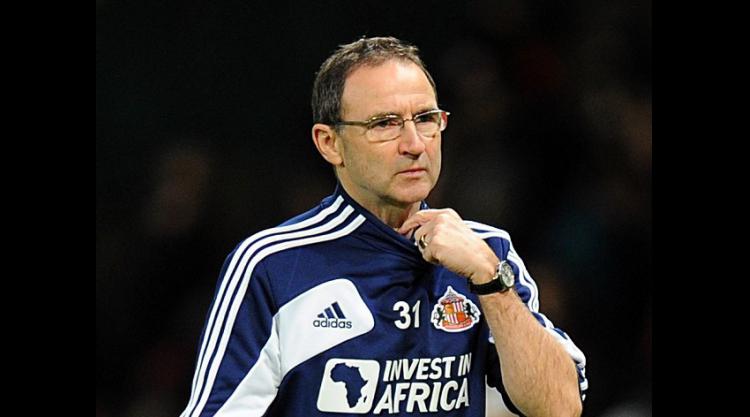 Liverpool 3-0 Sunderland: Match Report - view commentary, squad, and statistics of the game as it happened.

Liverpool may have brought in reinforcements to ease the apparent burden on striker Luis Suarez but their leading scorer appears not to notice or care as he hit two to help beat Sunderland 3-0 at Anfield.

The Uruguay international took his tally to 15 in 19 Barclays Premier League matches - the last Reds player to reach that total was Fernando Torres in 2009-10, scoring 18 a year after they almost won the title.

Raheem Sterling opened proceedings with a well-taken lob over goalkeeper Simon Mignolet as Liverpool began the new year with a home victory after recording just six in the league in the whole of 2012.

Having new #12million signing from Chelsea Daniel Sturridge watching from the Main Stand was probably the prompt Liverpool's forward line needed to shine.

Stewart Downing, whose future at Anfield is far from certain despite a number of improved performances in recent weeks, forced Mignolet into a full-length save from an 11th-minute free-kick.

It was not the beginning of the type of wasteful deluge which typified Anfield performances in the previous 12 months but it served as a good starting point.

What followed, however, was finishing of the highest order from a player still learning his trade at the highest level and another arguably very close to the summit.

Firstly Suarez hooked a ball forward for Sterling to race onto and, as Mignolet charged out to the edge of his penalty area, the 18-year-old coolly lobbed the goalkeeper.

James McClean should have equalised after Sunderland easily cut through the Liverpool defence but he managed to miss the target with only Jose Reina to beat and it proved costly.

From the hosts' next chance Steven Gerrard's pass released Suarez who was bounced off ball by Carlos Cuellar.

Referee Phil Dowd played a good advantage and the forward continued his run into the box before drilling a shot through the goalkeeper's legs with the outside of his right boot.

Sunderland still had fight left in them, though, and had it not been for a brilliant close-range stop by Reina to deny Matt Kilgallon, the Black Cats would have had a foothold in the game.

But there was no way back seven minutes into the second half as Suarez struck for the second time.

Inexplicably the second successive side to visit Anfield - Fulham were the other - decided the right tactic was to sit off Gerrard and let him have the ball.

He destroyed the Cottagers with his range of passing and the same fate befell Sunderland.

The England captain collected the ball around the right-back position and, with no pressure on him, he had time to pick out Suarez's run 60 yards away.

His team-mate needed no second invitation and in collecting the ball he moved it to his right to unsteady Mignolet and fired home Liverpool's third.

Suarez was denied a hat-trick by the legs of the goalkeeper while substitute Joe Allen's shot was deflected over by Danny Rose.

Victory, which completed a haul of nine points out of a possible 12 over the festive period, lifted Liverpool into eighth place, seven points behind fourth-placed Chelsea.

A second successive defeat for Sunderland, after two wins, means Martin O'Neill's side are looking over the shoulders again, four points above the relegation zone.