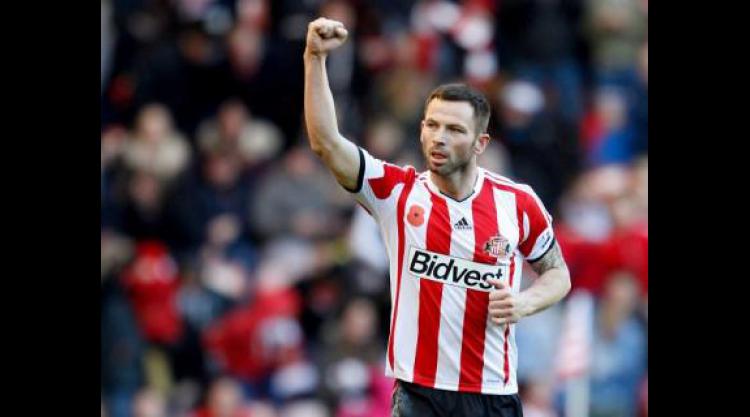 Unlikely match-winner Phil Bardsley has revealed the debt of gratitude he owes Gus Poyet for saving his Sunderland career.

The 28-year-old full-back looked to be heading out of the Stadium of Light during the summer when he was made available for transfer after a much-publicised visit to a casino placed him firmly on the wrong side of former boss Paolo Di Canio.

Bardsley further alienated himself from the club's support with an ill-advised social media foray in the wake of Black Cats' opening day Barclays Premier League defeat by Fulham.

However, Di Canio's demise and Poyet's subsequent arrival handed him a second chance, and two goals in the space of five days, including the winner in Sunday's priceless 1-0 victory over Manchester City, have seen his stock rise markedly.

Bardsley, who spent pre-season training with the Under-21s, said: "When you are not playing and you are out in the cold, it's difficult. It's difficult for your family, for your friends.

"You ask anyone in football and when you are not playing, you are not happy. It's as simple as that.

"I wasn't playing and it looked like my Sunderland career was well and truly over, to be honest.

"The manager has brought me back and shown faith in me and I owe him a lot for doing that.

"I felt myself that I owed this football club even more and hopefully I can continue doing that."

Bardsley's opportunity came after Poyet arrived and started to assess what he had at his disposal, ultimately deciding the discarded former Manchester United defender could do a job for him.

The Uruguayan said: "The approach from me to him was very different to what happened before. I tried to put that aside and be myself with him.

Poyet admitted in the wake of last Wednesday night's 2-1 Capital One Cup fourth-round victory over Southampton, in which Bardsley scored the opening goal, that he was not in the team for his prowess at that particular end of the pitch.

But he was thankful once again for the defender's ability to find the back of the net just 21 minutes into a game during which City dominated possession, but failed to make the most of it.

Wes Brown's ball over the top allowed Bardsley to go toe-to-toe with midfielder James Milner, who went to ground under his challenge.

However, referee Mike Dean allowed play to continue and the Sunderland man cut inside before adeptly curling a right-foot shot across keeper Costel Pantilimon and inside the far post.

His delighted celebrations were mirrored in the stands as the healing process took another significant forward step.

Bardsley said: "I'm just enjoying my football again and trying to play with a smile on my face.

"The reaction from the supporters meant a lot. I let them down and it was up to me to repay them with performances on the football pitch.

"I'm trying to do that as much as I can and if I keep scoring goals and keep defending the way I have done in the last couple of games, hopefully I will do that.

"I know what this football club is all about. I've been here seven years now and to stay in the league is the most important thing. For me to be on top of my game, I hope that will help a lot.

"It was different circumstances that surrounded what happened [under Di Canio]. But the manager has come in and brought me in from the cold, and I'm enjoying myself."

The Black Cats had to weather a second-half storm as the visitors pushed for an equaliser, but they held firm to seal a fourth successive league win over City on Wearside.

They remain in 19th place in the table despite their latest heroics, but are now just three points adrift of safety ahead of consecutive away trips to 17th-placed Stoke and Aston Villa after the international break.