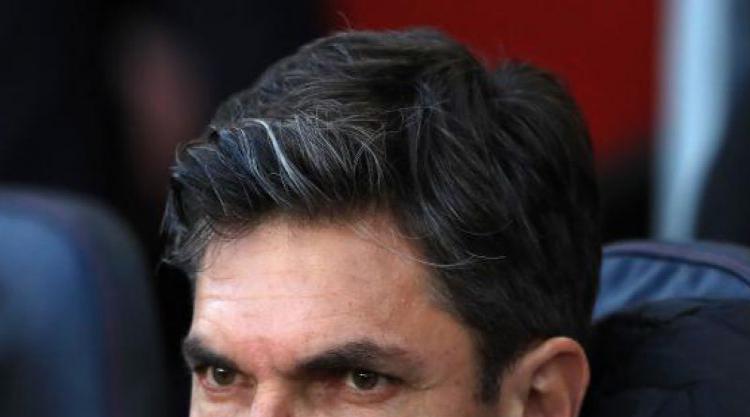 Shane Long's first goal in 325 days had given them the lead at St Mary's but during the second half they played with so little conviction, the visitors recovered to win via finishes from James McArthur and Luka Milivojevic.

Their latest defeat left Southampton in 17th and the club's supporters chanting for Pellegrino's dismissal, but despite insisting he does not fear for his job, the Argentinian recognised a wider dysfunction in his team.

"It was a difficult night because it changed completely in the second half, when we showed another face in the first half," said Pellegrino, whose predecessor Claude Puel was sacked after last season's eighth-placed finish.

"We gave them the possibility to be in the game, and played five metres deeper in the second half and gave Palace (a chance) with every single long ball. We never read the game, and the conditions.

Southampton last won in November, but asked if he felt he could inspire an improvement, Pellegrino responded: "Yes for sure. I'm responsible for this, and our mentality.

"I feel fear for other things, not about football. In football I don't feel fear.

"I feel responsible, I am disappointed because we lost, but it's not fear. I feel fear for other things.

"The big risk in our job is to work in this job. I prefer to assume risk; I prefer to make mistakes instead of (not) do anything. Everybody, we are responsible."

Victory took Palace up to 14th, and gave them a positive development after Scott Dann and Jason Puncheon were ruled out of the rest of the season with knee injuries sustained in Sunday's 0-0 draw with Manchester City

"In the first half we looked like a team that'd had a very tough game (against City) a couple of days ago," said manager Roy Hodgson.

Asked about their latest recovery, he said: "That's what this group of players are: there's character and determination. For any team in this league, if you can look back on 11 games and have only lost one of them, and that was at home to Arsenal in a good performance, you've got to be very, very satisfied.

"After seven games we were on the canvas and it is an incredible achievement to get into the group of teams who could be relegated, rather than propping up the league."