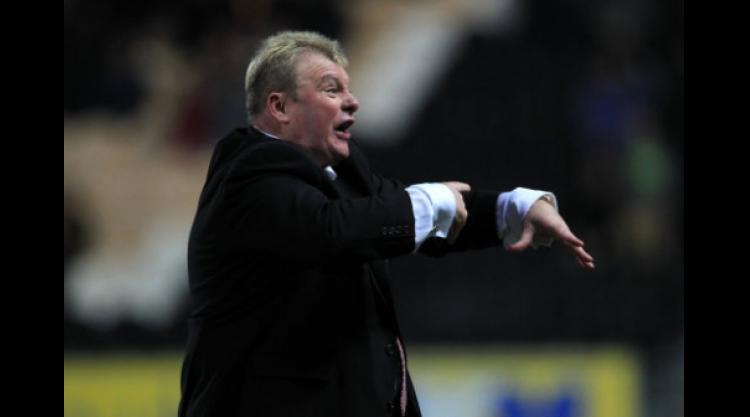 
Evans to run the rule over trio

Manager Steve Evans is sweating on the fitness of three Rotherham players prior to their clash with York at the New York Stadium.

Striker Daniel Nardiello, winger Daniel Kearns and defender Craig Morgan all trained on Monday despite their injuries but will be monitored again before they are declared available.

Morgan has not featured since November due to a foot problem.

The Millers' midfield options are boosted by Michael O'Connor, who comes back into the reckoning after completing a three-match suspension he picked up following his dismissal against Burton.

Goalkeeper Scott Shearer is still not quite ready to return from an elbow problem but he could be back in full training by the end of the week.

York manager Gary Mills could turn to on-loan striker Michael Rankine in a bid to reignite his side's season.

Rankine started in his first two games after arriving on loan until the rest of the season from Aldershot earlier this month, but was dropped to the substitutes' bench in the goalless weekend draw at Oxford.

Mills, whose side have scored only three goals in their last six league matches and have failed to win any of their last nine, began with four forwards in his starting line-up, but Ashley Chambers, Jason Walker, Matty Blair and Alex Rodman all fired blanks.

Defender Lanre Oyebanjo returned to the starting line-up on Saturday after missing only four games since fracturing his skull against Gillingham last month.

Mills has no new injury or suspension problems, but defender Jon Challinor remains sidelined with a broken leg and forward Michael Coulson is in the closing stages of his rehabilitation following knee surgery.