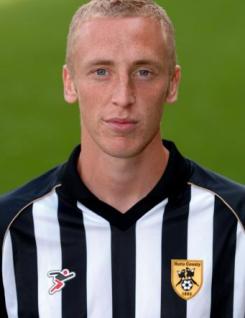 Stephen Hunt is a left-sided defender who was in his fifth season at Notts County in 2010-11.&nbsp; Stephen has been used in his preferred role at centre back and also at left back. He featured at left back for County in the opening game of the season but then dropped back to the bench and thereafter he was only on the fringes of the first-team squad.&nbsp; In January 2011 he was allowed to go on loan to Lincoln City, making his debut for the Red Imps in a remarkable 4-3 win at Stockport County.&nbsp; He scored 2 goals in 14 appearances during his stay at Sincil Bank before his season ended early due to an ankle injury.