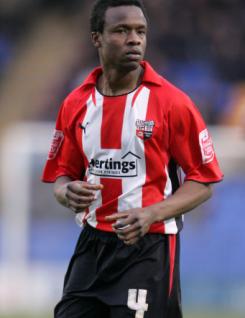 Marcus Bean is an all-round central midfield player who spent his third season at Brentford in 2010-11.&nbsp; Marcus provides a physical presence in the middle of the park where his strength and ability to drive forward are effective.&nbsp; He started his career at Queen's Park Rangers and was later at Blackpool before being a near ever-present in the Bees' squad which won promotion to League One.&nbsp; Marcus continued to feature regularly for the Bees during 2010-11 and completed his 100th League start for the club in the final game of the campaign at Huddersfield.