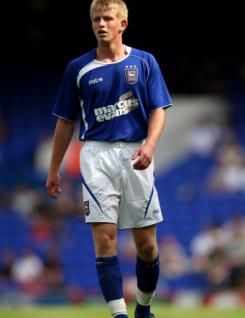 Luke Hyam was a first-year professional with Ipswich Town in 2010-11, making his debut in the opening day win at Middlesbrough after impressing in pre-season. The tough-tackling holding midfield player was a regular during the early part of 2010-11 but after a red card for two bookable offences in the defeat at Reading and then a hamstring injury, he faded out of the first-team picture. The Ipswich Academy product agreed a new contract at the end of the season.