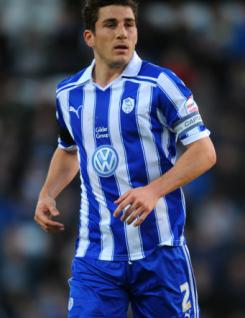 Lewis Buxton is a utility defender for Sheffield Wednesday. After a mixed 2009-10 campaign he started 2010-11 as first choice right back for the Owls and remained a regular until injury intervened half way through the fixture list. Lewis had originally joined the club on loan from Stoke City in October 2008, before his move was made permanent in the January 2009 transfer window. Although known for his versatility, Lewis was primarily used as a full back during the 2010-11 season, appearing in 32 league and cup games, after returning from injury in March 2011 when he took over the left-back role.