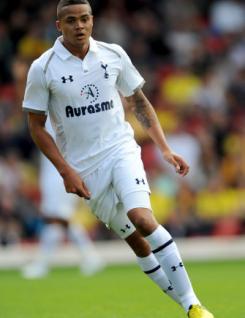 Jermaine Jenas has been at Tottenham Hotspur since his arrival from Newcastle United in August 2005. Jermaine is player who is capable of making an effective impact in a central midfield role with his superb athleticism and great engine. He found it difficult to hold down a regular place in the Spurs? line-up making just 14 Premier League start during the campaign. Jermaine was a member of the 2008 Carling Cup winning side and currently has a total of 21 full caps for England. In August 2011 he went on a season-long loan to Aston Villa.