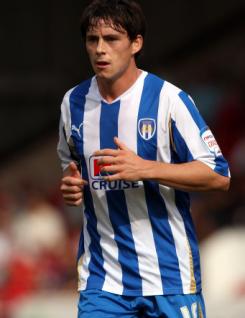 Ian Henderson is an attacking player who joined Colchester United during the January 2010 transfer window after a short spell with the Turkish Super League club Ankaragucu.&nbsp; Ian is a hard-working, tenacious player who has been used in both a midfield role and as a striker.&nbsp; He found the net regularly during 2010-11 and finished the season with two goals against Bristol Rovers. Those goals took him into double figures and ensured he finished the campaign as the U's leading scorer.