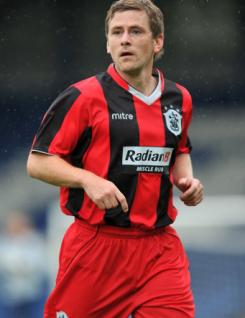 Gary Naysmith is a veteran left back who joined Huddersfield Town from Sheffield United in the summer of 2010.&nbsp; He began the season in the line-up but was sidelined by a toe injury at the end of August and it was not until February that he returned to action for the first team.&nbsp; Gary is an effective, tenacious defender who is also useful moving forward down the flank. He began his career with Hearts and then spent almost seven seasons at Everton before moving on to Bramall Lane.&nbsp; Gary is a former Scotland international who won 46 caps for his country.