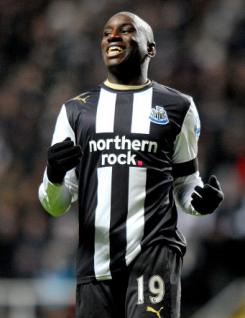 Senagalese international striker Demba Ba joined West Ham United from German club Hoffenheim in January 2011. He made his debut for the Hammers in a 1-0 defeat against Birmingham City the following month and scored his first two goals a week later in a 3-3 draw at West Bromwich Albion. He ended up finishing as the club's top Premier League scorer with seven goals from 12 games. Demba began his career with Rouen before moving to Belgian side Mouscron in 2006, joining Hoffenheim the following year. Demba made his debut for Senegal in 2007 and has made 10 appearances for his country. He left Upton Park following Wedt Ham?s relegation and joined Newcastle United for 2011-12.