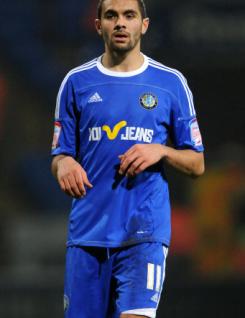 Colin Daniel is a midfield player who signed for Macclesfield Town in the summer of 2009 after a spell on loan at Moss Rose during the previous season. Colin is a box-to-box player with an eye for goal. He is mainly used on the left side of midfield and has consistently been in the starting line-up for the Silkmen since his arrival from Crewe. He appeared regularly in the team during 2010-11 providing a healthy supply of goals for the club.