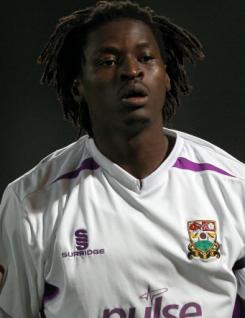 Clovis Kamdjo is a central defender who signed for Barnet in the summer of 2009. He did well in pre-season games for the Bees and was rewarded with a place on the first-team bench at the start of 2009-10 going on to make his League debut at Torquay United. Clovis has continued to build up his experience of League football and added to his appearance total during 2010-11 with regular appearances in the Bees' starting line-up. He was previously at Reading where he was youth team captain for the Royals in the 2008-09 season.