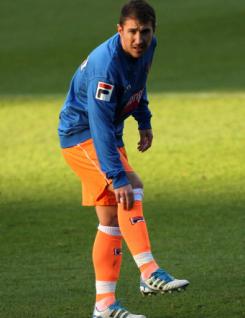 Chris Basham is a versatile young player who joined Blackpool in the summer of 2011. Chris is full of energy, and can play at right back, centre back and in centre midfield. He made his debut for the Seasiders when he came on as a substitute in the opening game of the 2010-11 season against Wigan and also featured in the line-up for the Carling Cup tie with MK Dons. However, his only other first-team appearance came against Villa in November and shortly afterwards he was sidelined after suffering a broken leg playing in a reserve game. Chris began his career with Bolton Wanderers, but was only on the fringes of the senior team prior to his move to Bloomfield Road.