Tony Pulis is reported to be biding his time ahead of a return to management, holding out for the likes of West Ham or Southampton to offer him a route back to the Premier League.

The 61-year-old has been out of work since he was ​sacked by Middlesbrough in May, but was heavily linked with the ​Cardiff City job following Neil Warnock's departure. 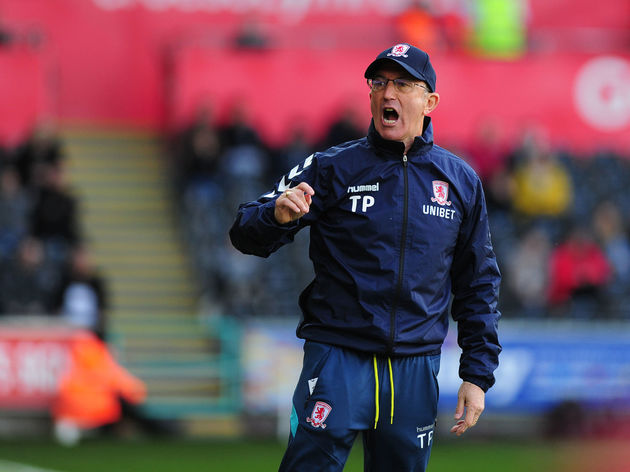 In a report first published in the print edition of The Sun, before being spread far and wide by ​the Boot Room and other outlets, Pulis is said to have rejected the Bluebirds' advances, believing better opportunities will present themselves in the near future.

Pulis has previously coached in the top flight, to varying degrees of success, with Stoke, Crystal Palace and West Brom, most famously overseeing the bulk of the Potters' ten-year stay in the ​Premier League that ended in 2018.

With two years having passed since his last match in the Premier League, he is believed to be interested in a return to coaching only if it can offer a route back to the top. That's where West Ham and Southampton come into the picture, as with both Manuel Pellegrini and Ralph both clubs are named as being in Pulis' crosshairs. Whether either club would turn to Pulis in the event of a managerial departure remains to be seen, and his poor recent record means his appointment likely wouldn't go down particularly well with either fan base.