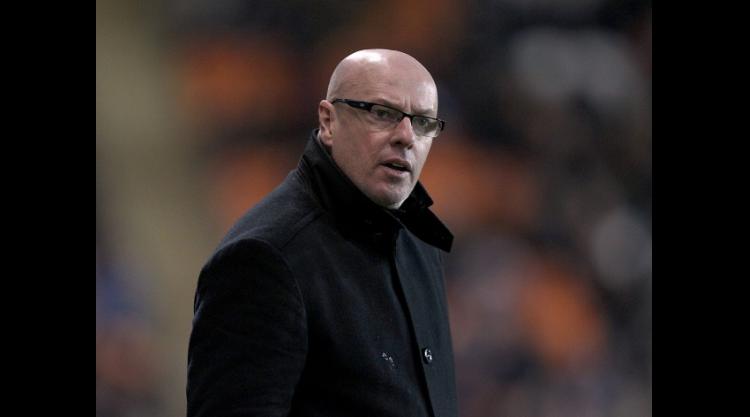 Brian McDermott has been thrown a Sardinian olive branch by Leeds United's incoming owners but it may take more than the latest twist in a bewildering state of affairs to restore order at Elland Road.

Leeds are due to train on Monday morning, and McDermott's involvement will be closely monitored.

It will surprise many if the man sacked and reinstated in a wild 24 hours shows up to lead drills at the club's Thorp Arch training ground, near Wetherby.

Yet McDermott was said to be "delighted" with how the Leeds players responded to the chaos encircling the club by firing five goals past Huddersfield on Saturday in his absence.

At the time, it appeared McDermott had been sacked, with no prospect of a return. The former Reading boss had called in the League Managers Association, who confirmed in a short statement that a solicitor contacted McDermott on Friday night to say his contract was being terminated.

It emerged during the course of Leeds' 5-1 win that prospective new owner Massimo Cellino, who instructed the solicitor to dismiss McDermott, had no authority to do so. And come the final whistle Leeds had issued a statement to announce McDermott remained in charge.

"He has not been dismissed from his post as has been suggested and we look forward to him continuing in his role with us in taking Leeds United forwards," Leeds stated.

Cellino, who also owns Serie A club Cagliari, appeared to perform a textbook U-turn, telling the Daily Telegraph: "I want the coach back and have been trying to call him.

"I don't mind this coach. How could I sack anyone anyway? I need the approval of the Football League before I own the club."

Certainly 57-year-old Cellino does need league approval, and the angry reaction to his arrival at Leeds by many supporters indicates there will be few tears in West Yorkshire should he be refused.

McDermott's dugout stand-in on Saturday, assistant manager Nigel Gibbs, hardly knew which way to turn, but at least he had a hotline to McDermott.

Gibbs and McDermott were due to talk after the game and presumably attempt to make sense of the developments that had left supporters confused and, in many cases, upset.

Since taking charge at Cagliari in 1992, Cellino has been through 36 head coaches and, over the past two years, has overseen a turbulent period when the club has had three home stadiums, at one stage playing in the northern Italian city of Trieste.

He also has a previous conviction for fraud.

Cellino's offer for a 75 per cent share in Leeds was preferred by current owners Gulf Finance House Capital, after a bid from a consortium of club managing director David Haigh and Enterprise Insurance boss Andrew Flowers collapsed.

A further consortium, headed up by former Manchester United director Mike Farnan, says it is refusing to go away.

Former Middlesbrough player Gianluca Festa, suggested to be Cellino's choice of manager should his takeover get the green light, was seen at Elland Road during the Huddersfield game.

McDermott had refused to allow Festa to sit with him in the dugout during the midweek draw with Ipswich, and also refused to take a number of Italian players offered to him by Cellino.

Cellino's investment vehicle, Eleonora Sport Ltd, has pledged to "invest substantially in the club including the re-acquisition of Elland Road". The stadium is currently owned by Teak Commercial Limited, a firm based in the British Virgin Islands.

Leeds officials, meanwhile, have been trying to keep pace with events, a task made complicated by the Eleonora group's seemingly hasty approach. While Cellino wants to speak to McDermott, the club was unable to give any indication whether the feeling was mutual.

Meanwhile, at Cagliari, players with the Italian top-flight club were waiting to learn if Cellino's interest in Leeds meant he would be selling up in Sardinia.

Chilean striker Mauricio Pinilla, who joined Cagliari 18 months ago, told local newspaper L'Unione Sarda: "I think his first love will always be for Cagliari. We have lived through the dark times together and he won't forget us or quit on us."