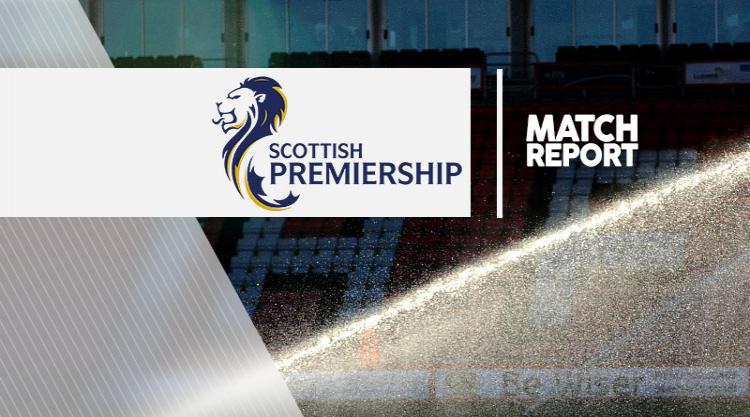 Rangers' hopes of rescuing second place in the Ladbrokes Premiership suffered another setback as they were held to a 0-0 draw by Kilmarnock at Rugby Park.

Gers were hoping to pile the pressure on Aberdeen ahead of Sunday's trip to Pittodrie.

But their Ayrshire stalemate leaves them 12 points adrift of the Dons with just seven games remaining.

Yet new boss Pedro Caixinha will feel hard done by following his first away game in charge after seeing Joe Garner's header hit the bar and a clear handball from Conor Sammon go unpunished.

The point also does little for Killie's top-six ambitions as they remain in seventh, four points behind Partick Thistle with two games to go before the split.

Caixinha had taken the unusual step of naming his side a day early but with five defenders out - including skipper Lee Wallace - he had little choice but to go with an inexperienced back-line that included young debutants David Bates and Myles Beerman.

Killie interim boss Lee McCulloch had injury concerns of his own having had just eight fit players to train with on Monday.

But there looked little wrong with his team as the Rugby Park men went toe-to-toe with Gers during a hard-fought opening 45 minutes.

Bates had to overcome a nervy start when Kris Boyd chased down his first touch from the kick-off and only just recovered to avoid a nightmare opening to his Gers career, while Gary Dicker came close with a header.

Sammon then had a cross-cum-shot which drifted a little too close to the top corner for the Gers number one's liking.

Emerson Hyndman was teed up by the handy-looking Beerman for Gers' first attempt. There was plenty of power behind the American's strike but Freddie Woodman was down quickly to save.

Gers are still finding their feet under their new boss but Caixinha's men started to boss proceedings as the half wore on.

Martyn Waghorn - putting about as much as he had all season - burrowed his way into the box but Hyndman found himself crowded out as he tried to turn home at near post, while Barrie McKay's cross found Garner at the back post but Woodman again palmed away.

Having made three half-time substitutions during Saturday's draw with Motherwell, Caixinha was pressed into another this time as Hyndman failed to reappear for the second half, with Kenny Miller taking his place.

But the Light Blues continued to press, with two McKay corners giving the home defence problems.

From the first delivery, Woodman did brilliantly to push another Garner header onto the bar while the Ibrox men should have had a penalty when Sammon blatantly handled the ball from the next.

Yet Sammon should have put his team in front but the Irishman failed to get enough power on his header after Kristoffer Ajer found him lurking five yards out.

Waghorn's persistence nearly paid off when he burst past Greg Taylor from the right but Woodman again did well to block.

Tavernier skied a late free-kick but Sean Longstaff missed the chance to snatch the points for Killie when he headed wide in stoppage time.