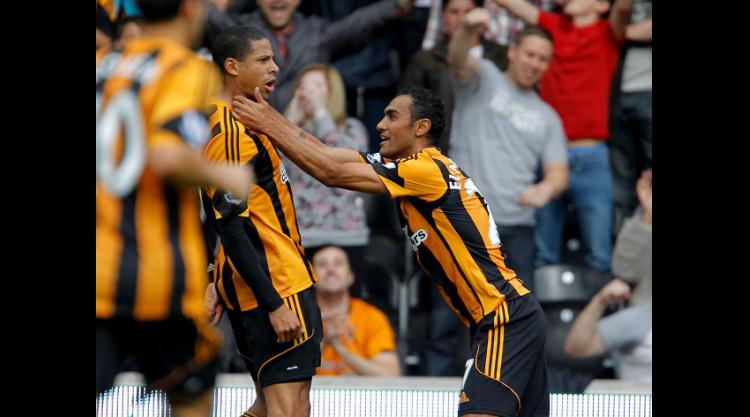 Goals in either half from Curtis Davies and Peter Whittingham ensured Barclays Premier League newcomers Hull and Cardiff drew 1-1 at the KC Stadium.

It was a replay of the match that ensured Hull promotion on the final day of last season, but there was significantly less drama on show this time around.

Davies headed home Tom Huddlestone's cross in the 40th minute to give the Tigers their first goal from open play this season, with Whittingham levelling just before the hour mark to cap a fine Cardiff move.

It was probably a fair result, neither side doing quite enough to take proceedings by the scruff of the neck, though as the home side Hull will probably view it a chance missed in their bid for survival.

They tried to bring West Brom's Shane Long to the club on deadline day and the need for another option up front was apparent as Danny Graham laboured for the duration - and missed two good chances - with no realistic options on the bench.

Hull were able to name goalkeeper Allan McGregor in their starting XI after he recovered from the groin injury that ruled him out of Scotland duty last week.

Frustratingly for Cardiff their number one David Marshall stood in for McGregor against Macedonia but sustained a hip injury in the process, leaving Joe Lewis to start for the Bluebirds.

Further up the pitch Malky Mackay handed Kevin Theophile-Catherine his first start in place of Craig Bellamy and was rewarded by a muscular performance from the Frenchman.

Just six minutes had gone when a cooler finish from Graham would have put Hull in front.

Jake Livermore and Sone Aluko combined well before the latter's shot was palmed away by Lewis, and although Graham was in the right place to convert the rebound his first-time effort from eight yards was well off target.