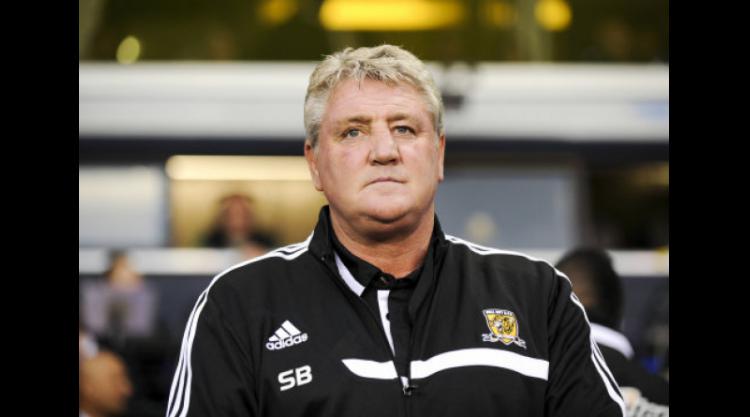 Hull manager Steve Bruce will face Sunderland on Saturday for the first time since being sacked by the club and admits his time on Wearside still plays on his mind.


As a born and bred Newcastle man, Bruce faced an uphill battle to win over the Black Cats fans when he was appointed in 2009 but by finishing 13th and 10th in his first two seasons seemed to be doing the job.


But a poor start to the 2011/12 campaign saw him targeted for abuse by large sections of the crowd and he was dismissed in November.


He has since taken Hull to an unlikely promotion while the Black Cats have hardly flourished under Bruce's successors Martin O'Neill and Paolo Di Canio.


The scale of the job facing new boss Gus Poyet may afford Bruce a chance to indulge in a little timely schadenfreude, but he instead questions his own wisdom in taking the post in the first place.


"In hindsight maybe going there was a mistake, being a Newcastle fan as a boy.some would never forgive that," he said.


"I wouldn't say it was the utmost reason but for a lot of them, they couldn't hack that.


"Honestly, I take no satisfaction at all (in Sunderland's struggles). You go back to when it went pear-shaped - if it did go pear-shaped - and you have to look back and learn from it, learn from your mistakes.


"You question yourself: did you make the right decision? I left a really good Wigan team to go there. Being a Newcastle fan, as soon as it went a little pear-shaped they couldn't wait to jump on the bandwagon.


"I was bitterly disappointed with the way it ended. I'll never forget the day at Wigan (his last match in charge) when the crowd turn on you, I wouldn't want any manager to go through that.


"I was desperately disappointed because after finishing 10th I thought I might get a bit more time.


"It didn't happen, so you move on and Hull gave me the opportunity to get back to work again.


"When you get sacked what you want to do is come out fighting and show what you're about."


Sone Aluko and Robbie Brady face late fitness tests prior to the game on Saturday.


Aluko (calf) and Brady (hernia) are both struggling but Bruce will give them every chance of making the side as he is already without Allan McGregor (hip), James Chester (hamstring) and Alex Bruce (groin).


Jake Livermore returns after missing the double header against parent club Tottenham, but Danny Graham is on loan from the Black Cats and will make way for Yannick Sagbo.


Poyet will take no risks with striker Steven Fletcher at the KC Stadium as he primes him to fire the club out of trouble.


The 26-year-old set the Black Cats on the way to a 2-1 derby victory over Newcastle - their first in the Barclays Premier League this season - last Sunday with a fifth-minute opener which underlined both his potency and his importance to the Uruguayan's rescue mission.


That strike took the B#12million man's tally on Wearside to 13 goals in 33 league appearances since his move from Wolves during the summer of 2012, a return which serves to illustrate just how much he was missed during lay-offs for ankle and shoulder injuries.


Poyet has taken little time to realise how central Fletcher is to his masterplan and as a result, is desperate to strike a balance between getting the most out of him while a the same time protecting him.


He said: "Listen, when the top scorers in your team are fit, it's perfection, I would say because in football, you know you need to keep players fit.


"When I signed my contract here, there was a question mark about Fletch to be fit or not in the next few weeks, and then he has played every game for me.


"We are trying to make sure that we use him as much as we can, but at the same time, we keep him fit so we don't lose him for a while.


"The understanding and the communication has been great so he knows how important he is for us, but at the same time, how we need to be looking after him in the right way."


Poyet has no injury problems ahead of Saturday's trip to Yorkshire.