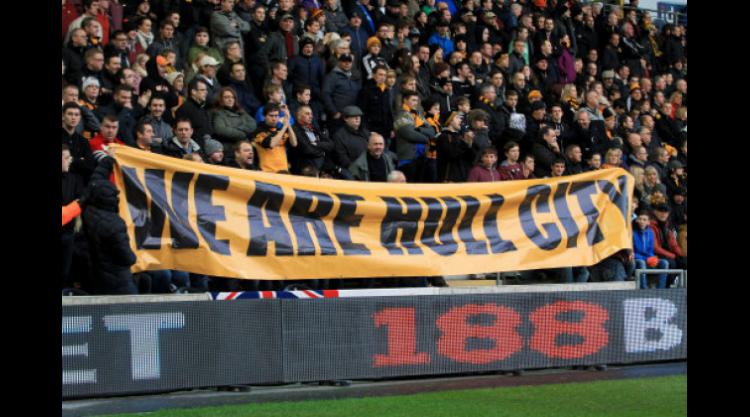 David Meyler believes the coming weeks represent a golden opportunity for Hull to consolidate their position above the Barclays Premier League drop zone.


While the club continue to make headlines for the unseemly row between owner Assem Allam and a group of supporters who vehemently oppose his plans to rebrand the team as Hull Tigers from next season, things have been more encouraging on the pitch.


Manager Steve Bruce has guided the side to 12th place after 15 matches, with all but four of their 18 points collected at the KC Stadium.


Oddly, the only side to have beaten Hull on home turf are strugglers Crystal Palace but that result was firmly put to bed at the first attempt with a 3-1 win over Liverpool on December 1.


Meyler scored the crucial second goal on that occasion and is now looking forward to a run of three home games in the next four outings before New Year.


"It's nice to play at home because the KC is kind of like a fortress for us," said the Republic of Ireland midfielder.


"We defend really well here, we play good football and we maximise our points.


"We have Stoke at home and we're looking to beat them. After West Brom away we've got Manchester United at home - the way they're playing at the moment maybe we can get some points from them too - and then it's Fulham at home as well.


"It will be a crucial period for us and we're looking to pick up a lot of points."


As evidenced by his suggestion that Manchester United represent a reasonable chance for points, Meyler is bullish about Hull's prospects.


Stoke upset Chelsea 3-2 in their last match and sit just one point and one place beneath their opponents, but the Republic of Ireland midfielder is only entertaining thoughts of victory.


"They had a fantastic result against Chelsea and they'll be full of confidence but we'll be looking to knock them back off their stool," he said.


"We're looking for three points against them. Of course, it's a tough game for us but coming to the KC will be tough for them too."


Tigers boss Bruce has no new injury concerns. Sone Aluko (Achilles) and Stephen Quinn (hamstring) are still out but the rest off the first-team squad are fit and available.


That means Bruce's main decision will be between the 3-5-2 formation he utilised at Swansea on Monday or a return to 4-4-2.


The Potters secured only their second win in 10 Premier League games as Oussama Assaidi struck a brilliant late winner against Jose Mourinho's men at the Britannia Stadium.

Stoke have earned some praise for their fluid football this term and Hughes believes they have a good platform to convert good performances into positive results.

Hughes was particularly satisfied by the spirit that accompanied the pretty play against Chelsea.

He told the club's website, www.stokecityfc.com: "You go into games against the top teams and you hope for a good performance, an intensity to your work, and that's what we got.

"We found it difficult after we conceded and then we obviously had to hang on in there but we did that.

"We got ourselves back level and then in the second half I thought we were exceptional.

"It is pleasing when we are able to produce what we produced against one of the better teams in the Premier League.

"That gives you confidence that you can go up against anybody and give them a game.

"The proviso is that you have to perform and be right on your game and you have to excel at what you are trying to do.

"That comes from preparation, mentality and belief in what you are trying to achieve.

"We had that in bucketfuls against Chelsea and we will have to hit the same heights again against Hull away."

Stoke head to the KC Stadium for the Saturday evening fixture a point behind the 12th-placed Tigers in the table.

Hughes has been impressed by how Hull, under his former Manchester United team-mate Bruce, have performed back in the top flight following last season's promotion.

He said: "It's a difficult game because they are an accomplished team.

"I think they have acquitted themselves really well in their season back.

"They have got a lot of players that have played at the level before, they have got a little bit of know-how about the Premier League. They are not going in blind.

"They understand what it is all about and have got an experienced manager as well.

"They have had a number of good performances and good wins.

"Obviously they had a result against Crystal Palace which I am sure they are disappointed about but they bounced straight back against Liverpool and had an outstanding win.

"It is another test - as all games in the Premier League are."

Stoke have a doubt over goalkeeper Asmir Begovic, who suffered a thigh injury in training earlier this week.

Thomas Sorensen, who has not started in the Premier League since the final game of the 2011-12 season, is standing by to replace him.